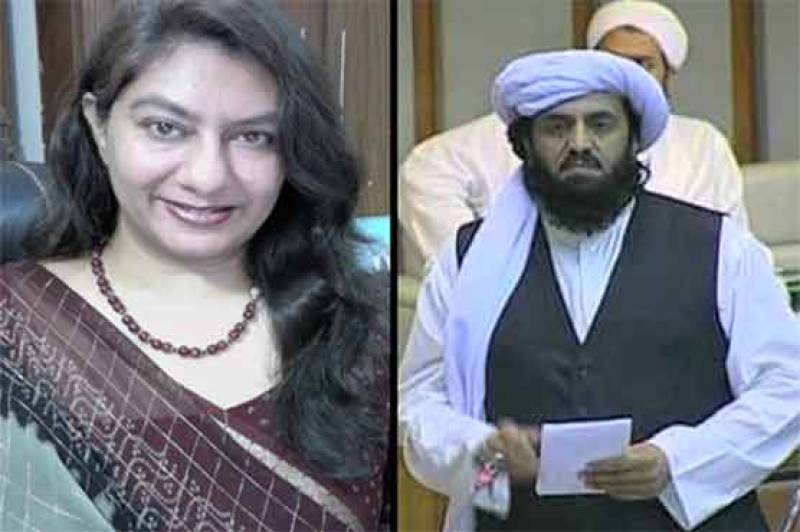 According to details, Kohsar police station has registered a case on the complaint of women rights activist and journalist Marvi Sirmed. In the complaint, Sirmed accused Hamdullah of threatening her with severe consequences during TV talk show.

Earlier,  Marvi Sirmed and Hafiz Hamdullah were involved in a fiery exchange of words during the recording of a talk show, in which the latter appeared to physically and verbally threaten Sirmed.

Sirmed has accused Hamdullah of maligning her character and assaulting her verbally and physically during the live talk show.