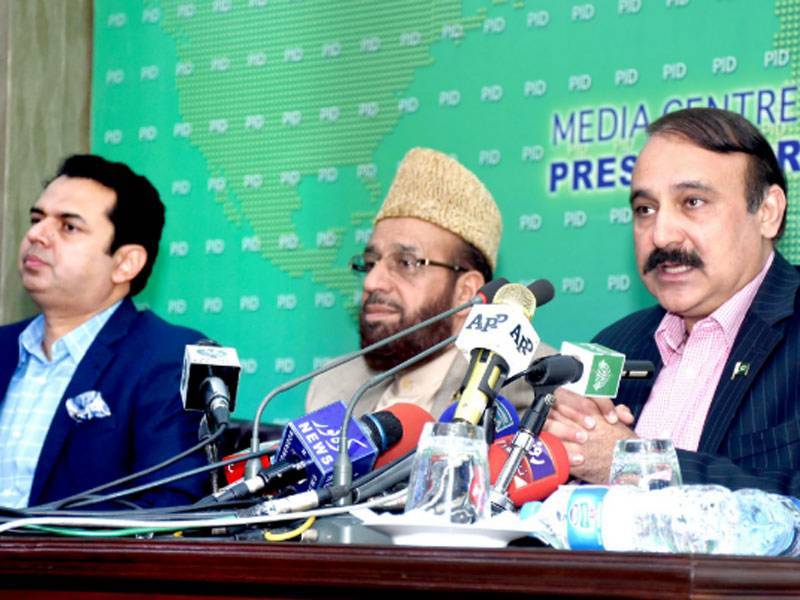 ISLAMABAD - Federal Ministers have vowed to get cleared Islamabad roads from protesters to end sufferings of commuters.

Addressing a joint news conference in Islamabad on Tuesday evening, Minister for Religious Affairs and Interfaith Harmony Sardar Muhammad Yousaf said that all Muslims have unflinching faith in finality of Prophethood.

He said that the mistake occurred regarding oath was immediately rectified.

Minister of State for Interior Talal Chaudhry said that the government will try its best to resolve the matter through dialogue.

While addressing a joint press conference with the Minister of State for Interior Affairs Tallal Chaudry, the religious affairs minister said that the government has taken notice of the reservations of the protestors.

"I request the protesters to end their demonstration because the government has taken notice of their reservations," he said, adding that if anyone has any doubts, they should discuss and clear them with the religious affairs ministry.

Vexed by a prolonged sit-in at the Faizabad intersection by activists of religious groups, which has led the administration to close major roads by placing shipping containers, residents of the capital demanded immediate legislation to ban such processions.

They also asked the Supreme Court to take a suo motu notice of their misery for ensuring corrective measures by the administration.

Life in Islamabad’s suburban areas and Rawalpindi has been paralysed for around a week due to the occupation of the Faizabad Interchange by religious groups and the road blockades created by the administration across the city to prevent the deterioration law and order situation.