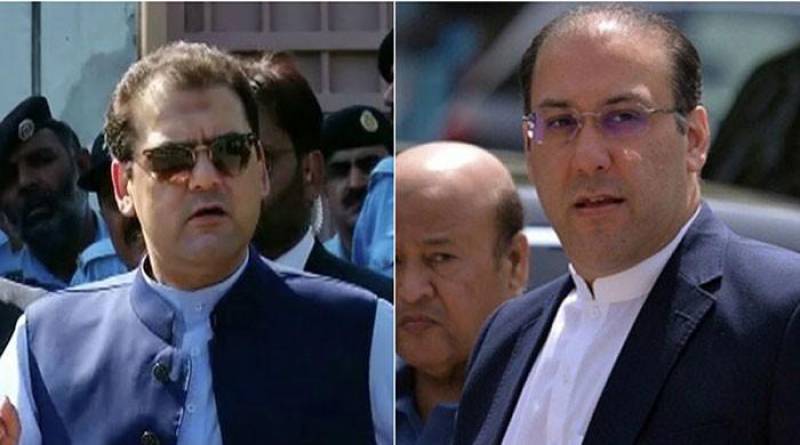 ISLAMABAD - The accountability court on Tuesday adjourned proceedings to declare Hasan and Hussain Nawaz absconder after the National Accountability Bureau (NAB) submitted a compliance report on a process to declared them fugitive.

Both brothers skipped all hearings as they are in London with their ailing mother Begum Kulsoom Nawaz since the National Accountability Bureau (NAB) filed three corruption references regarding London flats, Al-Azizia Steel Mills and other companies against them in the backdrop of Panamagate verdict.

At the hearing, the NAB team submitted a report on four bank accounts of owned by Hussain Nawaz. The court that the accounts possess $3992, 4272 Euros, 207 pounds and Rs382,381 in the four accounts respectively.

The court was further informed that both brother did have any property in areas handled by the Lahore Development Authority and Defence Housing Authority.

The deputy prosecutor general also submitted a compliance report regarding the process of declaring them absconder. He said that deadline given to both brother to turn up in the court has expired.

The NAB prosecutor also asked the court to declare them proclaimed offenders as the time given them to ensure appearance in the court has expired.

The investigation officers of NAB also recorded their statements in three references against the Sharif family.

Judge Mohammad Bashir had issued non-bailable arrest warrants against them on Oct 2, which are still in effect.

A thirty-day deadline given to Hussain and Hasan to show up in the court was expired in last week. And in result, the court will officially declare them absconder order to seizes assets of them.

On October 12, the NAB following the orders of the court pasted the court's proclamation order on the main gate of the Sharifs’ residence in Model Town and Jati Umra. The notices were also sent to London to paste at their residence.

Later, the court ordered the Securities and Exchange Commission of Pakistan (SECP) to freeze the assets of Hasan and Hussain.