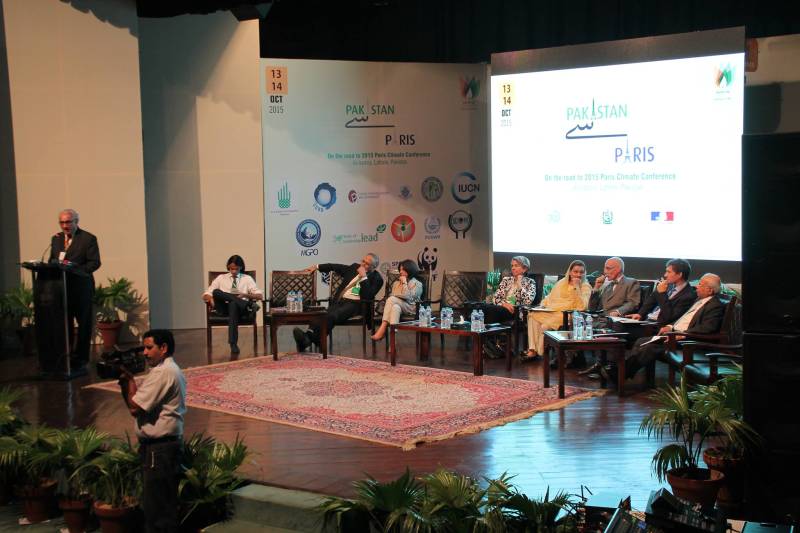 LAHORE (Sarfraz Ali) - A two-day conference on 'Pakistan to Paris (On the Road to 2015 Paris Climate Conference)' concluded here at the Alhamra Arts Council on Wednesday.

The conference started on Tuesday which was jointly inaugurated by Ambassador of France to Pakistan Martine Dorance and Ambassador designate of the EU Jean-Francois Cautain.

The event was jointly organized by the Embassy of France, WWF-Pakistan, the United Nations and a large array of civil society organizations.

Ambassador of France to Pakistan Martine Dorance highlighted the 21st session of the conference, known 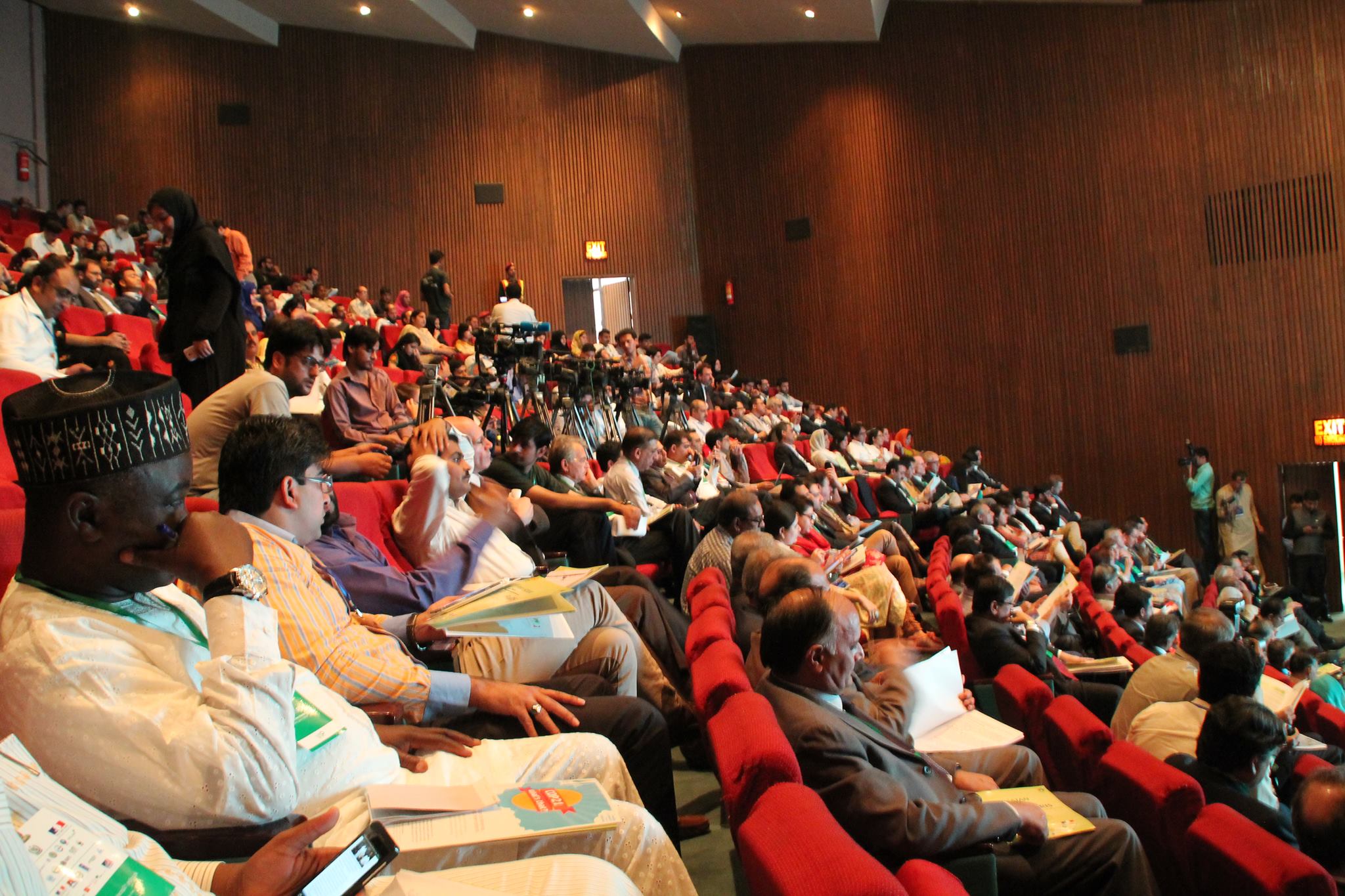 In Pakistan, the french embassy has been working proactively in close collaboration with the Pakistani

government and civil society throughout the year to create a COP21 momentum and raise awareness about climate change, she added.

The ambassador said 'Pakistan to Paris (On the road to 2015 Paris Conference)' was a milestone event it offered an unprecedented opportunity to all Pakistani stakeholders to coordinate their action and inform the public about it.

The lead author of the National Climate Change Policy, Dr Qamar-uz-Zaman Chaudhry said "Climate Change is the 21st century's most difficult challenge humans have ever created."

Senator (r) Javed Jabbar advocated strengthening the capacity of civil society and decreasing their dependency on donor organizations; reconceptualising the development approaches and adopting a collaborative rather than confrontational approach to address climate change. 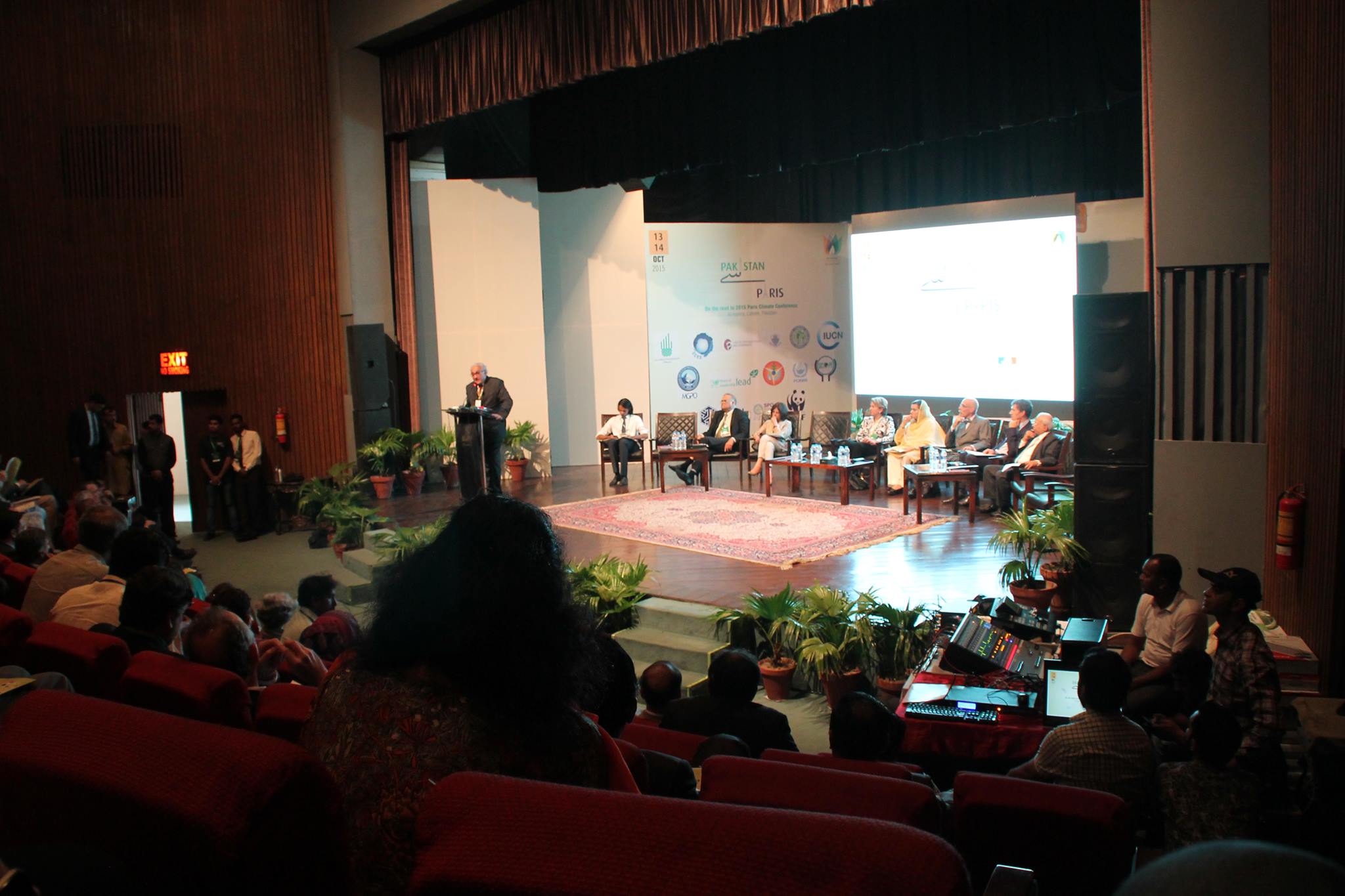 Senator Nisar A. Memon, Chairman Water and Environment Forum Pakistan, former Federal Minister underlined that "small solutions had to be developed together with the private sector to face climate change challenges".

The experts said more than 80 percent population depended upon natural resources which were also being affected due to climate change, the governments, civil society, media and NGOs should join hands for collective efforts to save environment for the next generations.

Many "made in Pakistan", local solutions to tackle climate change were presented and new ones recommended. This "agenda of solutions" will be showcased in Paris, highlighting Pakistani voices, challenges and people's priorities.