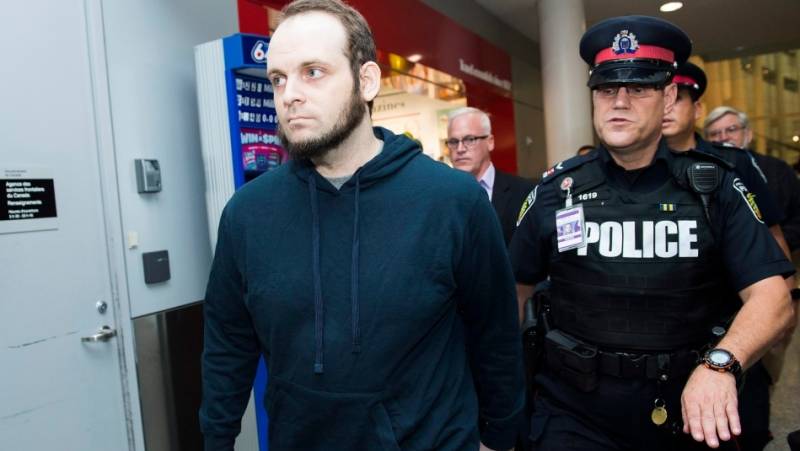 TORONTO - An abducted US-Canadian family reached their homeland, Canada, after being freed by Pakistani forces earlier this week from the captivity of Taliban after five years.

American Caitlan Coleman and her Canadian husband, Joshua Boyle, were kidnapped in 2012 by the Taliban-affiliated Haqqani network in Afghanistan. They had three children while in abduction.

Speaking to reporters Friday night at Toronto’s Pearson International Airport hours after the family arrived back in Canada, he said Coleman gave birth to four children, including the daughter.

He revealed that the abductors killed his infant dauger, who they named Martyr, adding that Coleman was also raped during the hostage.

“God willing, this litany of stupidity will be the epitaph of the Haqqani network,” CTV news quoted Boyle.

"Today, we join the Boyle family in rejoicing over the long-awaited return to Canada of their loved ones," the Canadian government said in a statement.

The family travelled from Islamabad to Toronto with a stopover in London, Canadian broadcaster CTV News tweet said.

WASHINGTON - An American woman, her Canadian husband and their three young children -- who had been held captive since ...

The family was freed by the Pakistan Army following information received from the US intelligence services.

However, Boyle on Thursday refused to board a US military aircraft to go back to Canada as he was concerned that he would be interrogated by the US official over his previous marriage to the sister of a Guantanamo detainee.

Following the safe and sound release of the family, US President Donald Trump said: "Today they are free. This is a positive moment for our country's relationship with Pakistan". "The Pakistani government's cooperation is a sign that it is honouring America's wishes for it to do more to provide security in the region."