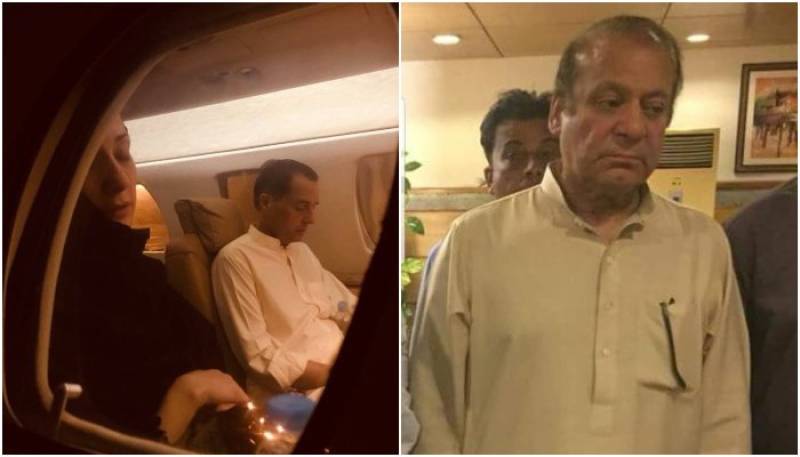 The department issued a notification Thursday night regarding the extension in the parole of the three who had been released from Adiala Jail on Tuesday after the demise of Kulsoom Nawaz. 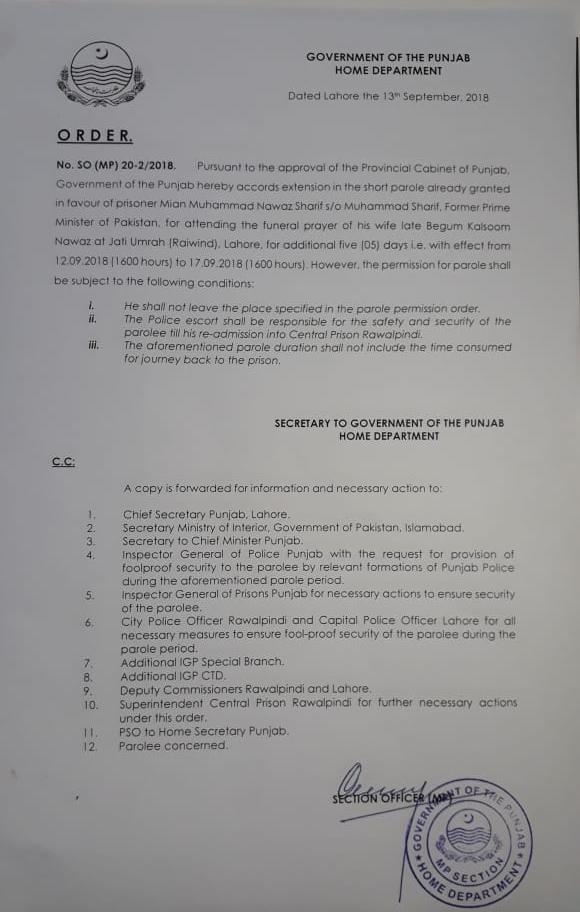 Initially, Nawaz, Maryam and Capt Safdar were released on a 12-hour parole and brought to their family hometown Jati Umra, however, due to demands by political analysts and workers, the parole has been extended till Monday.

Meanwhile, the body of the former first lady was brought to Lahore Friday morning on PIA's PK-758 flight after her funeral was offered at the Regent Park mosque in London. Pakistan Muslim League Nawaz president Shehbaz Sharif headed to the British capital city to bring back the body.

The funeral prayers of Kulsoom would be prayed at Sharif Medical City, Jati Umra today at 5 PM following which she would be buried. Renowned cleric Maulana Tariq Jameel would lead the prayer with hundreds of people expected to show up.

Hassan and Hussain Nawaz would skip the funeral prayers in Pakistan as they face the fear of arrest upon arrival in a country ruled over by their father thrice as a premier.

Begum Kulsoom was suffering from Lymphoma for which she was undergoing treatment at the Harley Street Clinic, however, she breathed her last at the age of 68 after  battling cancer for nearly 11 months.

When Kulsoom was being treated in London, Nawaz, Maryam and Capt Safdar were sentenced to jail by an accountability court in July in the Avenfield property reference and they were unable to be with Kulsoom Nawaz at her final moments.