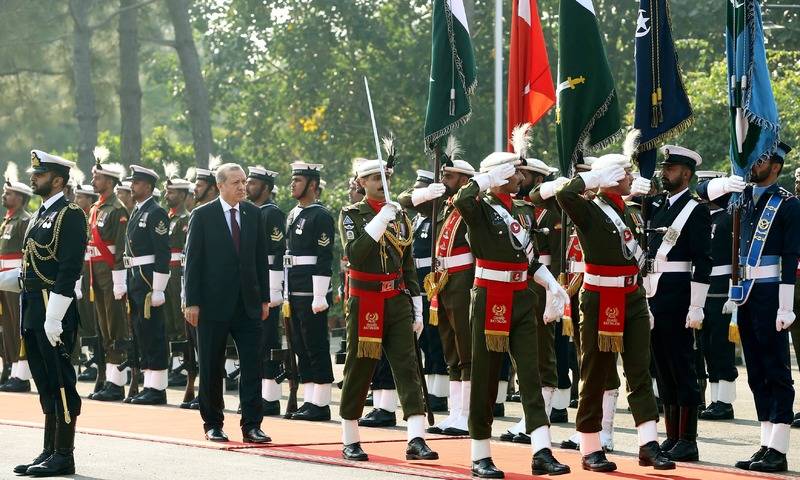 ISLAMABAD - A day after Pakistan's Prime Minister-designate, Imran Khan expressed his support for Turkey in the face of the economic slump, social media users in Pakistan have launched a campaign calling for the purchase of Turkish products and its currency Lira.

Scores of Twitterati are stressing their countrymen that Pakistan should provide a succour to the embattled Turks in the time of need as the latter is battling sanctions imposed by the United States.

One of them, going by the name Arshad Zaman, expressed on Twitter that if you want to help Turkey, please buy their products and lira and visit Turkey instead of other countries for vacations.

Similarly, Ali Osman, another Pakistani expressed that there was a need for the same support as Pakistanis lent in the 1920s.

"In early 1920s, Muslims of the sub-continent stood by Turkish brothers when they were in trouble, and now after 100 years we will again stand by our Turkish brothers and sisters,” he stressed.

Political analysts and commentators are also calling upon the people to help Turks wade through the economic crisis that stemmed out of its diplomatic row with Washington.

C'mon, Pakistanis, this is the time to stand with Turks..

#BuyTurkishProducts it time to support our brother nation

Choose #Turkey for busniess, vacations etc over others this years and show your supports to your brothers. Support #Turkey #Buyturkishproducts #Weloveturkey #TurkeyCrisis

Turkey and the U.S. are currently indulged in an economic tiff after Ankara sentenced an American pastor Andrew Craig Brunson to almost two years in prison on terror charges.

Trump urged Erdogan on Twitter to free him, describing his continuing detention as “a total disgrace”.

Brunson, who has lived in Turkey for 20 years and has been detained since October 2016, is accused of helping Gulen’s network and the proscribed Kurdistan Workers Party (PKK).

Interestingly, both Ankara and Washington designate the PKK as “terrorist”.

Erdogan has also announced that his country would boycott American products including the high-priced Apple's iPhone.

Anti-U.S. sentiments in Pakistan is on the rise since January, after Trump announced on Twitter that he was suspending military aid to the country. He accused Islamabad of providing sanctuaries to Taliban factions fighting American troops in neighboring Pakistan.

The joint pressure on Pakistan and Turkey is pushing the countries closer, though they are already linked owing to the religious ties.