Where is the state? A heartfelt message from son of Daud Chuhan who was thrashed by PTI MPA 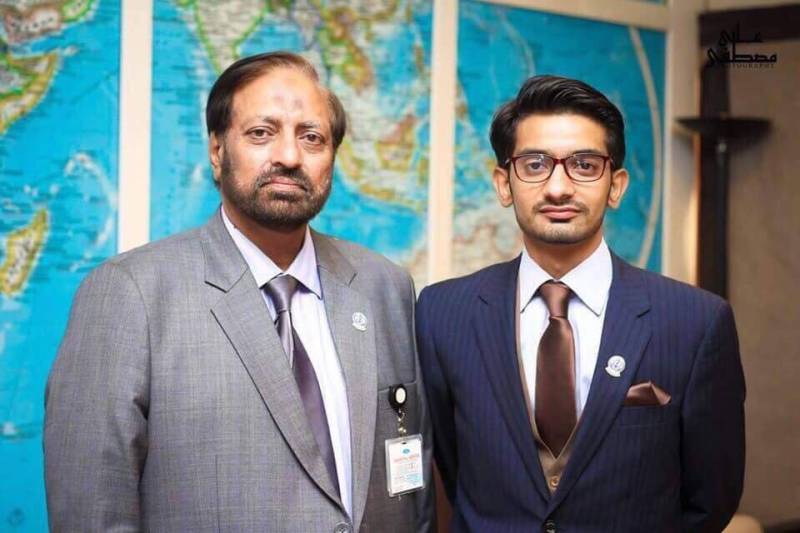 KARACHI - Hours after his father, who was beaten by a newly-elected provincial lawmaker Imran Ali Shah, forgave the latter over his abuse of power, Labib Chuhan shared a powerful message on social media, expressing his emotions openly.

A video clip, showing a man identified as Daud Chauhan, a senior additional director of the Civil Aviation Authority (CAA) was being beaten up by the Pakistan Tehreek-e-Insaf MPA Shah in middle of the road, went viral on social media and also taken by storm on the mainstream media on Tuesday.

As the media highlighted the issue, the new minister of the Sindh Assembly have to visited the house of the victim the same day where he apologised to the citizen over his brutal action.

He was forgave by Daud Chuhan, who is unable to understand why the MPA beaten him, stating that he would not pursue legal action against Shah. Chuhan further added that Imran Ali Shah is a powerful man and has over a dozens security guards.

The dark episode ended here, but for a son it is not easy to digest the public humiliation of his father in the hands of a powerful figure of the society.

Labib Chuhan, the son of the victim, also seemed perturbed about the brutal action of the minister as he took to Facebook to express his feelings instead of taking harsh action against the newly-elected legislator, questioning the role of the state.

Sharing a picture along with the post, he wrote: "This man standing next to me is My father and is the Senior Additional Director of Pakistan Civil Aviation Authority. My first question to all of you in this country. What if he was your father? What have you done?"

He added that his father forgave Imran Ali Shah on the request of PTI's stalwarts Firdous Shamim Naqbi and Najeeb Haroon, who are old friends of him.

Jolting the minds of common people, he questioned: "What if my father was an unknown man, would Dr Imran have still came? With whose reference? We are a simple peace loving professional aviators".

"We still believe on the true acts as a Muslim and that is what my showed as a person came to our home and apologised and My father accepted the apology. But if you were the son of this man, would you accept the apology?" he asked.

Questioning the inaction of the state, he added: "If it was US or UK where would have been the state? Just answer me how should I make my heart understand?"

"My only question is where is state? Neither we have any personal grudge with Dr Imran nor with PTI. My father has said this on media that we thank Mr Imran Ismail, Mr Najeeb Haroon and Mr Firdous Shahmim Naqvi. I am saying this should not be related with the act of complete PTI. Because my father is himself been a fan of Imran Khan".

He concluded as saying, ".....what if it was happened with your father, what would have been your status? WHERE IS STATE. How should I make my heart feel relax".

The PTI has served a notice on the MPA for clarification over the issue.

No one is above the law is the basic premise of Imran Khan’s Naya Pakiatan. An elected MPA taking the law into his own hands,for whatever reason,is completely unacceptable.We condemn this behaviour and expect strict action to be taken.
Show cause notice has been issued to the MPA pic.twitter.com/isGlFKovcV