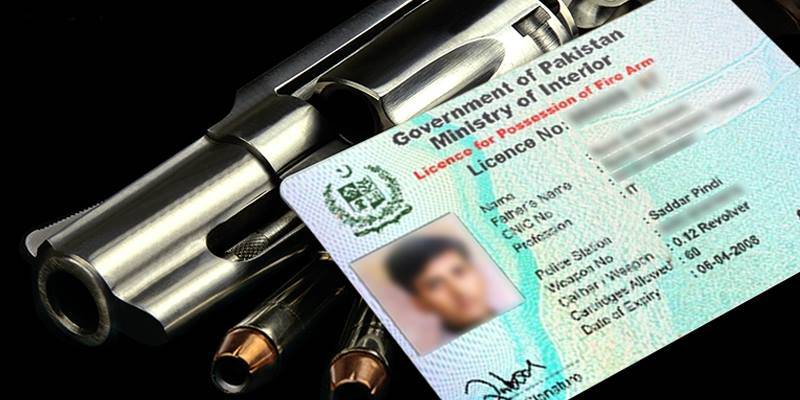 ISLAMABAD — The federal has government Friday lifted a ban on the issuance of arms licenses for the non-prohibited bore.

According to the notification issued by the Ministry of Interior, the government also restored the licenses previously issued for "automatic weapons within Prohibited Bore", which it had suspended on December 26, 2017.

"The Federal Government is pleased to notify that all arms licenses of automatic weapons within Prohibited Bore suspended vide the aforementioned notification are now treated to be valid," the notification read.

"The ban imposed on the issuance of Non-Prohibited Bore Arms license is lifted with immediate effect," it added.

The government also lifted the ban on the issuance of arms licenses for Prohibited Bore category for the General Officers or equivalent, officers or other ranks of the Military in accordance with Army Regulations (Instructions) 2000.