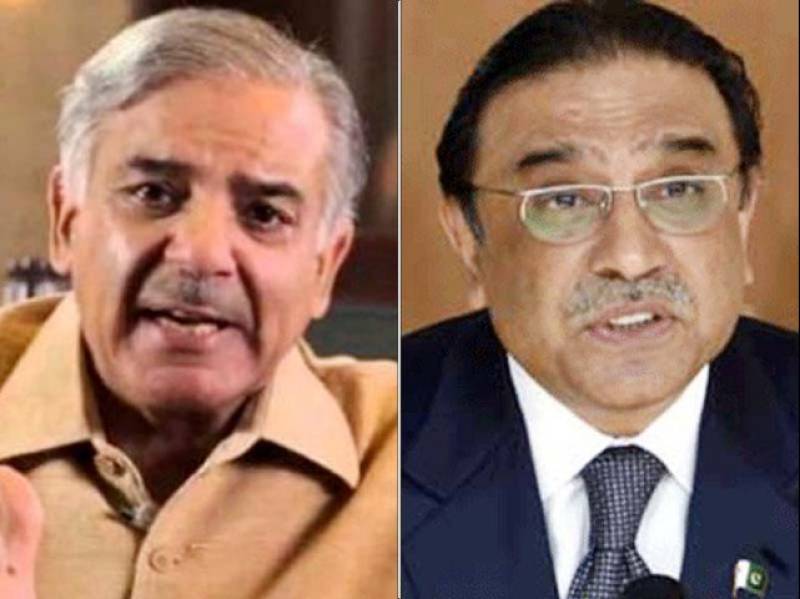 ISLAMABAD – The political bigwigs on Tuesday adopted a joint strategy to give a tough time to the government in and outside of the Parliament on crucial matters.

For this, a meeting of leaders of opposition parties took place on the invitation of Leader of the Opposition in National Assembly Shehbaz Sharif which was attended by Asif Ali Zardari and Bilawal Bhutto Zardari.

According to Geo TV, PPP leader Zardari appeared to be in an aggressive mode, the former president urged opposition to change the Senate's tally in its favour and to launch a protest movement against the government after the winter season.

Bilawal termed the government as an enemy of the people. He said the human and democratic rights of people were under attack from all sides of the government. He emphasised that no compromise would be made by the opposition.

Bilawal Bhutto Zardari also announced to review the Charter of Democracy by adding other political parties to become its signatory.

Speaking to the media after the meeting, Shehbaz Sharif confirmed the establishment of such a committee. He said the opposition leaders were on the same page.

The former CM said that the committee will raise important issues with the government included that of the military courts.

Shehbaz said that inflation, unemployment and other important issues are getting out of hand and no foreign investors are ready to invest in the country.

Earlier this month, Maulana Fazlur Rehman had held two meetings with PPP Zardari within the span of 18 hours.