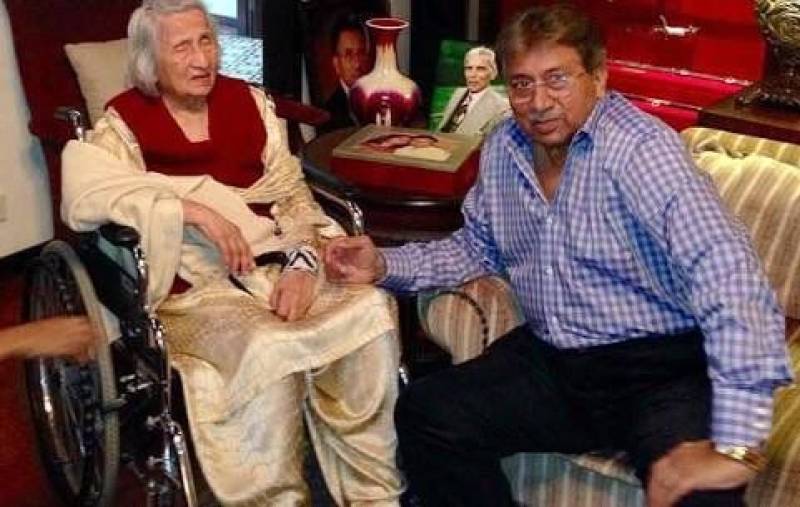 LAHORE – The mother of former president of Pakistan's former military ruler has passed away in Dubai, Pervez Musharraf's political party announced on Friday.

Mehrene Malik Adam, the Secretary General of All Pakistan Muslim League (APML), remembered her as "an elegant lady blessed with great personality" in a tweet, confirming Ms. Zarin's demise.

Zarin Musharraf, who aged over 100 years old, was staying with his son in the United Arab Emirates (UAE).

Born in the early 1920s, she grew up and received her schooling in Lucknow. A graduate of Indraprastha College at Delhi University, she completed a bachelor's degree in English literature before her marriage. Her husband, Syed Musharrafuddin was an accountant who worked at the foreign office in the British Indian government and, after the Independence, for the Government of Pakistan. Gen (r) Musharraf is the second of their three children, all boys.

She had earlier been hospitalised in the United Arab Emirates after suffering from respiratory issues. Musharraf is in Dubai since long for his treatment.