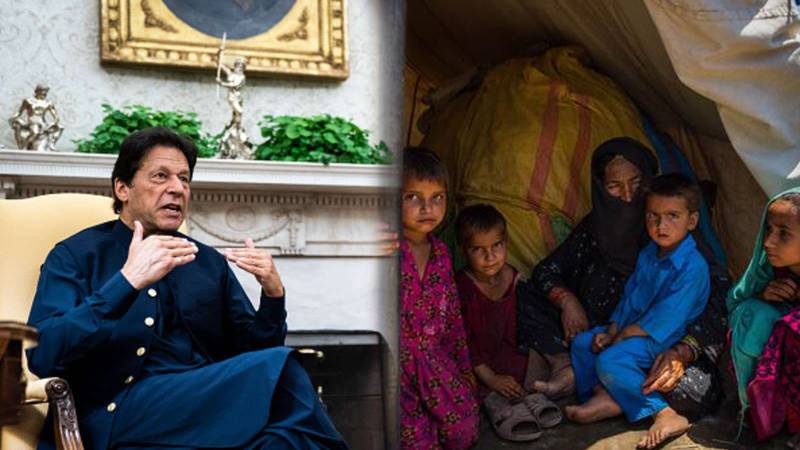 ISLAMABAD – Prime Minister Imran Khan has reiterated his vow to not abandon Afghans in this time of need as humanitarian crisis is looming in war-ravaged Afghanistan.

The premier, during the third meeting of the Apex Committee on Afghanistan, said that Pakistan is committed to provide all-out support to the Afghan people to avert a humanitarian crisis. He also commended the United Nations’ appeal for aid to Afghanistan.

“Pakistan is committed to provide all out support to Afghan people to avert humanitarian crisis,” said Prime Minister @ImranKhanPTI while chairing 3rd meeting of the Apex Committee on Afghanistan pic.twitter.com/2C3522ldxH

The committee expressed concerns over the deteriorating humanitarian situation in the neighboring country and vowed full support in hard times.

Pakistan also appealed to the international community and relief agencies to provide aid at this critical juncture to save precious lives in Afghanistan.

Reports claimed that the premier directed the authorities concerned to explore bilateral cooperation with friendly countries as well to stave off humanitarian crisis in Afghanistan by exporting qualified and trained manpower especially in medical, IT, finance, and accounting.

Khan also directed to extend cooperation in the fields of railways, minerals, pharmaceuticals, and media to help in Afghanistan’s rehabilitation and development.

The officials were also updated on the progress made on relief of in-kind humanitarian assistance worth Rs5 billion which comprises food commodities including 50,000MT of wheat, emergency medical supplies, winter shelters, and other supplies.

Afghanistan is on the verge of a hunger and crisis situation during this harsh winter, the apex committee was told as the crisis makes it difficult for the people to get enough food and shelter amid harsh weather.

ISLAMABAD – Interior Minister Sheikh Rashid Ahmad said on Friday that fencing along the border with Afghanistan ...

Earlier, the Taliban said they had approved their first budget since the group overtook Kabul after ousting the Western-backed government in August, with no mention of foreign aid.

As the Taliban took command, the US and other countries froze billions of dollars in aid and assets in what the United Nations described as an unprecedented fiscal shock.

GENEVA — In a bid to avert a humanitarian crisis in the country ravaged by decades of war, the UN on Tuesday ...