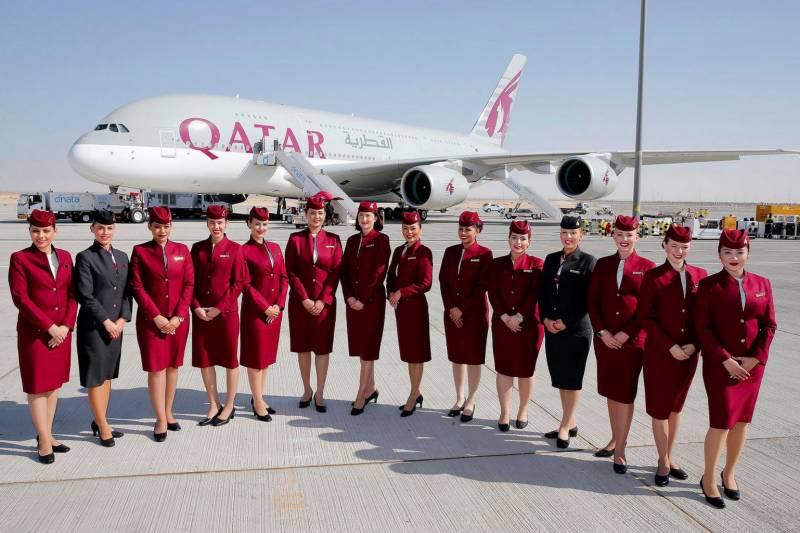 From July 10th to the 19th, passengers will enjoy discounts of 40% on flights on board the airline’s Economy class and up to 40% off on its award-winning Premium Class, for travel until 10 December 2017.

During that same period, passengers will also be able to book their Business Class fares from Pakistan to USA starting from 253,490 PKR, United Kingdom starting from 190,960 PKR, Germany from 198,090 PKR and Thailand from 104,890 PKR.

“The past few months have brought forth much success for Qatar Airways,” said Qatar Airways Chief Commercial Officer Mr. Ehab Amin. “In addition to Airline of the Year by the 2017 World Airline Awards, we were also proud to be named the World’s Best Business Class, Best Airline in the Middle East, and World’s Best First Class Airline Lounge. Today, we are delighted to celebrate these great wins with our passengers from all over the world and we hope this unique offer will allow them to experience our unique offerings to any of our more than 150 destinations around the world.”

The airline has made great strides over recent years to maintain its position at the forefront of international air travel with one of its most ground-breaking recent reveals being the introduction of a game-changing, patented, industry first, set to transform the face of aviation and Business Class travel: “Qsuite” - a fully transformable premium class suite that allows parties of two, three or four to create their own unique space within the Business Class cabin.

Qatar Airways affirmed its lead as one of the world’s fastest growing airlines with net profits of $541 million - a 21.7 per cent year-on-year increase and an annual revenue increase of 10.4 per cent according to a recent annual report published for the fiscal year 2017.

With a growing network and a modern fleet of 199 aircraft, the airline is expected to expand upon its more than 150 destinations in 2017, including Chiang Mai, Dublin, Nice, Skopje and many more.