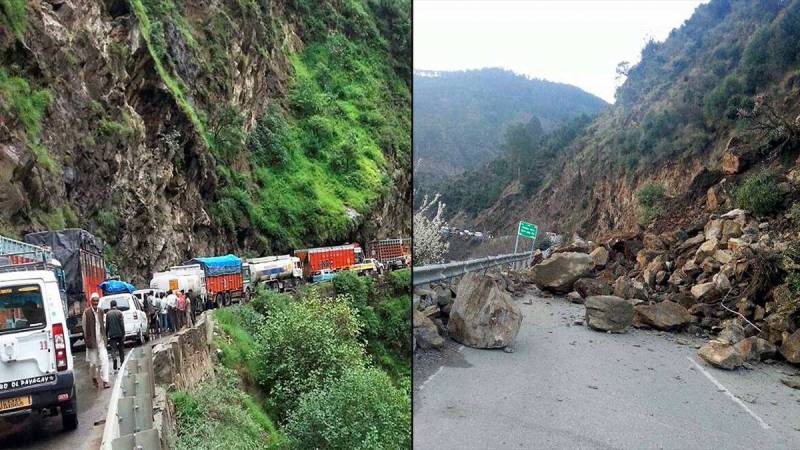 SRINAGAR - At least seven people were killed and more than 50 others injured Sunday after being hit by landslide in Indian-controlled Kashmir.

The landslide was triggered by abrupt falling of a huge boulder at Sehar Baba waterfall in Reasi district, about 270 km south of Srinagar, the capital city of Indian-controlled Kashmir.

Sehar Baba waterfall is a picnic spot and people were there to spend Sunday holiday, officials said.

Police fear there is possibility the death toll could go up.

Following the incident locals and police carried out rescue work and sent the injured to hospital.

Indian-controlled Kashmir has a rugged terrain. Landslides are often triggered from its mountains during frequent rains.