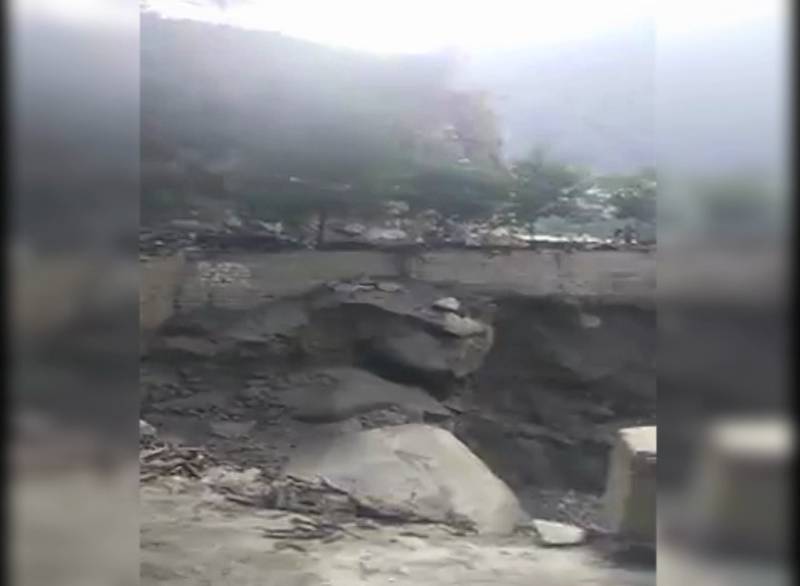 MUZAFFARABAD - At least 22 people have gone missing and many others injured when a flash flood triggered by cloudburst in rainy nullah swept away a village in Neelum Valley district of Azad Jammu and Kashmir Sunday night.

Director SDMA, Raja Sajjad Ahmad said that heavy rain caused a flood in Leswa Nullh, a tributary of Neelum river, which turned towards the nearby village and swept away the whole village including 150 houses, 40 shops, 3 mosques, a basic health unit (BHU), 12 vehicles and number of motorbikes.

The affected people include 11 persons of a preaching party, stayed in a mosque, nine villagers and two employees of Frontier Works Organization (FWO), Sajjad added while giving details of the losses. 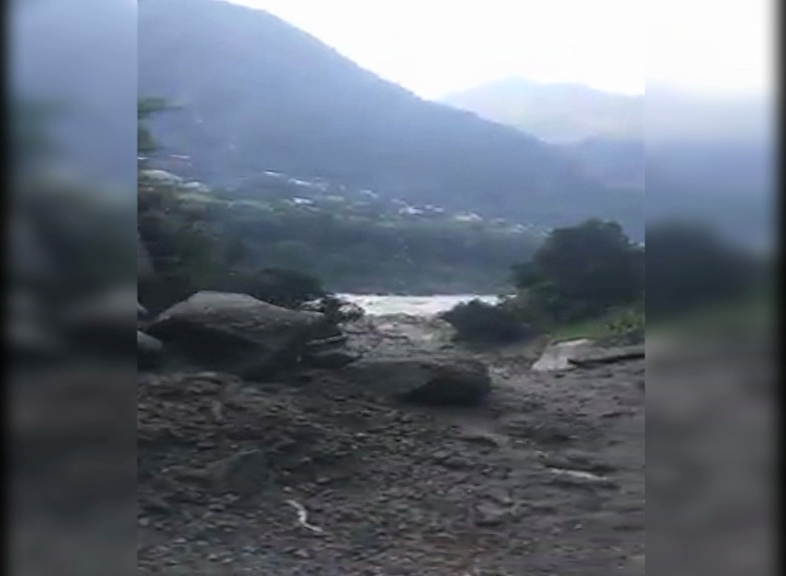 The rescue operation was started in the morning by local administration with the support of army after getting information and 150 affected families and 5 injured have been shifted to a safer place while SDMA had also sent a team in the area later, the official added.

Rescue workers started the search for the bodies of people swept in flood but till the filling of news, nobody was recovered.

Relief goods comprising tents, foods items and other household items were being sent in the area from Muzaffarabad with a team of workers and medical assistance, he said.

A cloudburst is an extreme amount of precipitation in a short period of time, sometimes accompanied by hail and thunder, which is capable of creating flood conditions.

Cloudbursts are infrequent as they occur only via orographic lift or occasionally when a warm air parcel mixes with cooler air, resulting in sudden condensation.