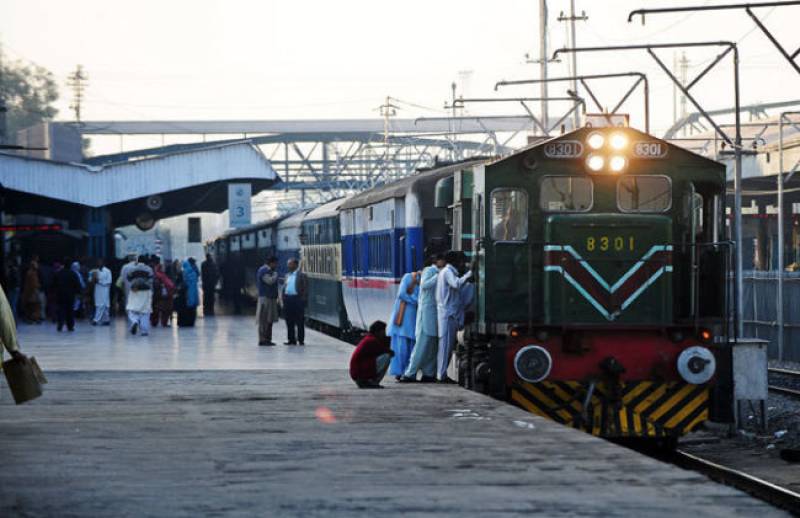 LAHORE - Pakistan Railways will operate five special trains on the eve of Eid to facilitate commuters reach their destinations, it emerged on Thursday.

According to Radio Pakistan, the first of these trains will run on June 23, and will leave from Karachi to Peshawar, while the second one will depart for Rawalpindi from Quetta on  the same day. 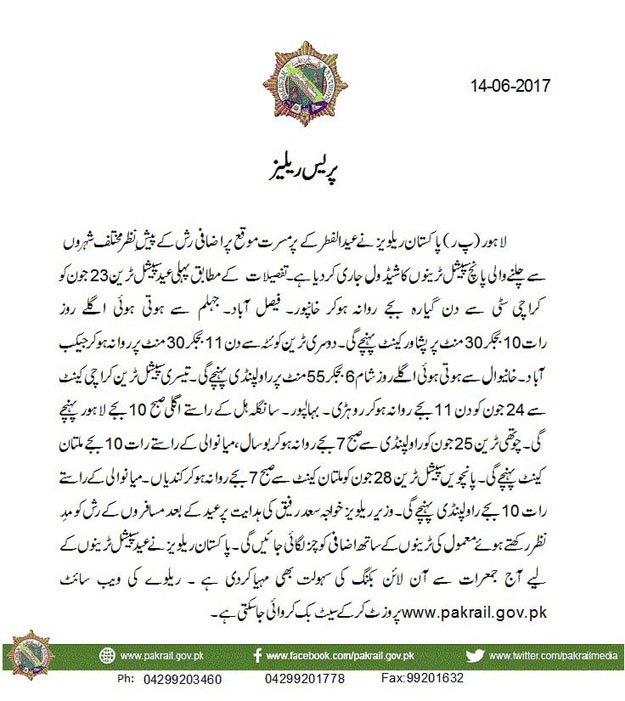 The third train will depart from Karachi on June 24 for Lahore, while the fourth one will operate between Rawalpindi and Multan on June 25. The last train is scheduled for June 28, and will run from Multan to Rawalpindi.

PR has started an online booking system specifically for these special trains to facilitate the public.