Man arrested for driving around Karachi with lion 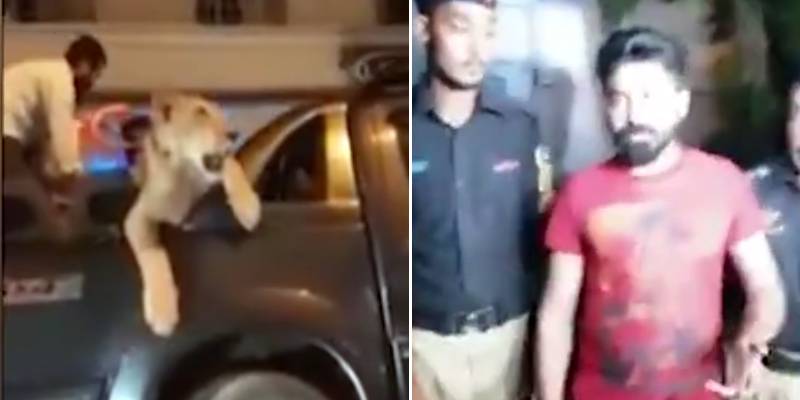 KARACHI - Following social media outcry, police arrested a man who was filmed roaming around with his pet lion in his vehicle in Karachi, late Wednesday.

The issue came to light when a video showing a man driving in Karimabad area of Karachi with his lion at the back of his jeep went viral on social media. The man was later identified as Saqlain.

Soon after social media activists raised concerns about the safety of pet and citizens, Sindh Home Minister Sohail Anwar Siyal took notice of the incident, following which the authorities took into custody Saqlain alias Sherwala and his pet.

Justifying his move, Saqlain clarified that his pet was ill and so he was taking her for a check-up. He maintained that he had all the relevant documents required to keep a wild animal as a domestic one. 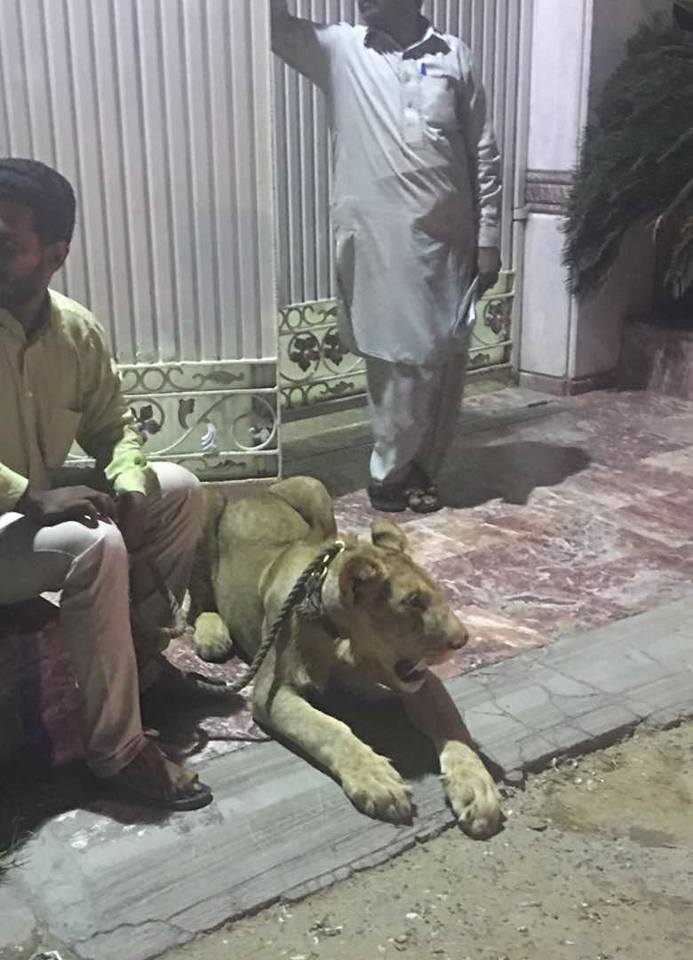 "I have all documents, including the licence. The video is four days old. My lion was sick and I took him to the doctor for a visit in Defence and was returning home," the owner told newsmen at Gulberg police station.

SSP central Muqaddar Haider confirmed that Saqlain was a license holder, but maintained that the relevant documents would be forwarded to wildlife department for verification.