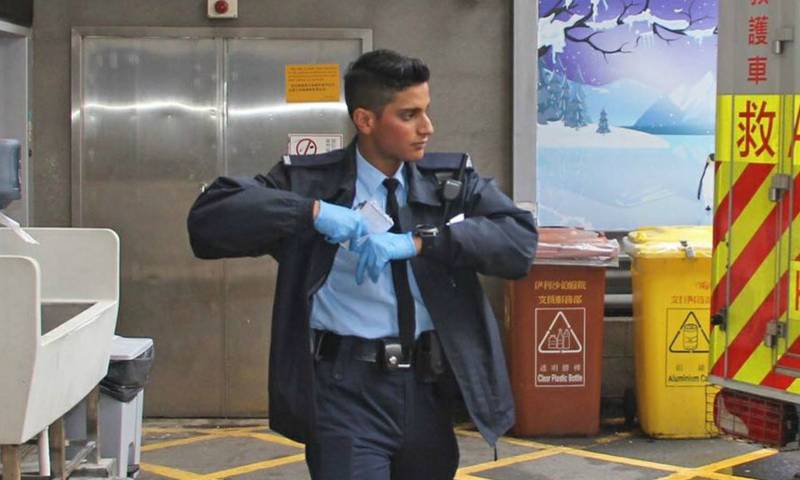 VICTORIA - In a dramatic turn of events, a policemen of Pakistani descent saved life of a suicidal man in Hong Kong by communicating in Urdu.

Due to his Pakistan origin Ifzal Zaffar could speak Urdu fluently, leading him to save the life of another Pakistani who had climbed up a crane at a construction site.

Zaffar climbed up the 65ft crane and exchanged words with the man, after which he agreed to come down and was taken to a hospital.

The 20-years-old Zaffar talked to a leading daily after his dramatic entry and highlighted his medium of communication, the reason behind his accomplishment.

"I used the techniques we learned at the academy … I think he felt safer knowing that I could talk to him in his own language," he said.

Zaffar joined junior police cell two years ago and expressed that it was his childhood dream to be a policemen despite the fact that his family was not very confident regarding his decision.

Soon after the policeman managed to handle the situation with rationality, social media buffs lauded his valour.

Some dubbed him handsome while many others termed him an example for aspiring police officers.