Shab-e-Miraj to be observed on Saturday 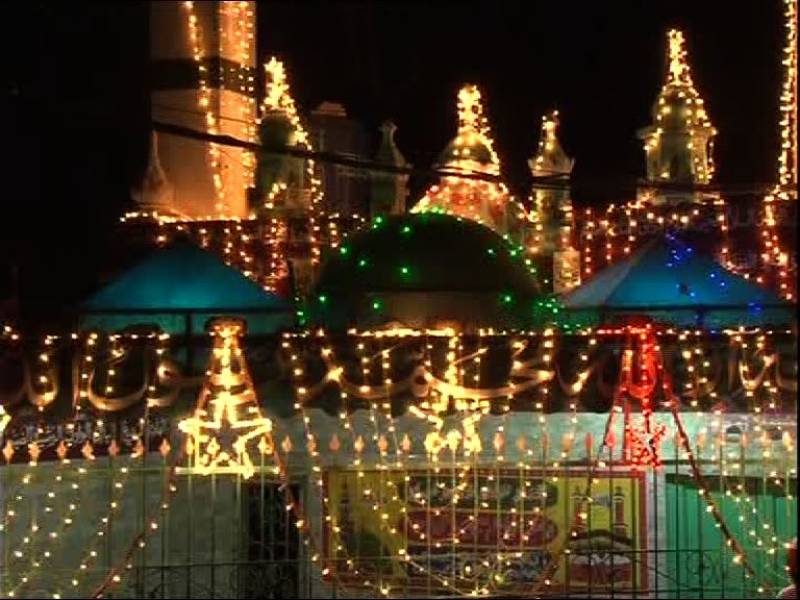 ISLAMABAD (APP) - Shab-e-Miraj-un-Nabi (Peace Be Upon Him) would be observed across the country on Saturday night with religious fervor, great respect and devotion.

The Muslims every year on (Rajab-ul-Mirajab 26) the night of 27th of Rajab (Islamic calendar), observe Shab-e-Miraj in which the Holy Prophet (PBUH) went on a special journey to meet Allah Almighty, crossing seven skies on the heavenly animal named 'Al-Buraq.'

The women devotees would offer prayers in special gatherings at their homes throughout the night. Whereas men would offer prayers at specially decorated mosques for seeking the blessings of Allah Almighty and pray for welfare of the entire nation and the Ummah.

During the gatherings, Islamic scholars would highlight the importance of the day and its blessings.

Different Islamic organizations have also arranged special prayers and sittings (Mahafils) at mosques and at other places to seek blessings of Allah Almighty.

The word Miraj of Prophet Muhammad (SAW) is derived from Arabic word Urooj, which means 'height,' or 'ascension.' It is celebrated on Rajab 27th in the Islamic calendar. During Miraj, the command for five daily prayers (Salat) was also given to the Holy Prophet (PBUH).

Shab-e-Miraj, (night of forgiveness) is a glorious night, marking the Isra and Miraj of Prophet Muhammad (SAW) when he was taken from Makkah to Al-Haram-Al-Sharif and was then taken to heaven.

On the way the Holy Prophet, peace be upon him, met Hazrat Adam, (AS), Hazrat Abraham (AS), Hazrat Moses (AS), Hazrat Jesus (AS) and some other Prophets. The purpose of the "Ascent" was to confirm the high status of the last Prophet, a position which all Muslims believe, is impossible to attain by any other human being.

Ulema told that it is related that even Gabriel, the Angel who was accompanying the Holy Prophet remarked at one point (called Sidratul muntaha), "I cannot go beyond this point, but You O Messenger of peace and friend of the Master of the worlds, continue your glorious ascent". The Holy Prophet continued his journey until he reached very close to the Throne of God Almighty and attained the utmost nearness to Him.