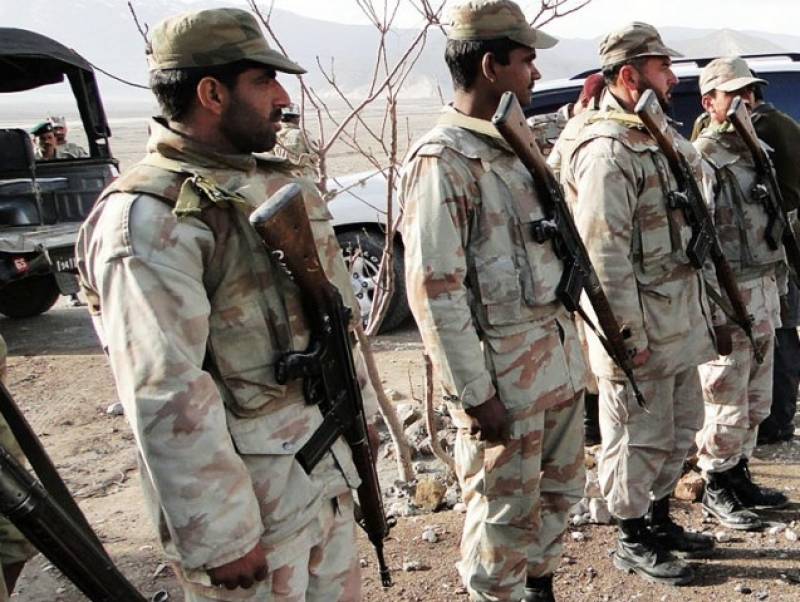 According to FC spokesman, personnel of FC carried out search operation in different parts of Balochistan. They killed eight militants in encounter and apprehended several other militants in Kalat, Juhan, Mastung and Boi. Three personnel of FC also received injuries during exchange of firing.

Ammunition including 12 SMG, 20 hand grenades and 25 kg explosive devices were also recovered from their possession.

They were involved in attack on security forces and sabotage acts in Nushki and other areas.

Meanwhile, two militants were killed in encounter by FC during search operation in Tasp area of Panjgru district.

Two SMG, 2 hand grenades, 12 magazines, a motorbike and vehicle of FWO had been recovered from their possession.

Search operation is being continued to recover three abductees’ labors in the area.

FC personnel arrested two militants following on a tip off in Saeedabad area of Urmara area Balochistan. Arms were also recovered from their possession. Further investigation was underway.