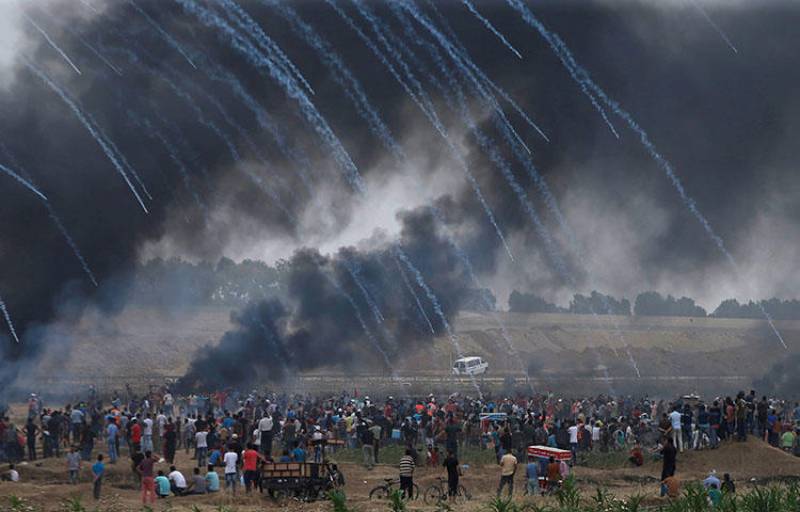 ANKARA/ISLAMABAD - Turkey on Tuesday urged Islamic countries to review their ties with Israel and said it would call an extraordinary summit of the Organization of Islamic Cooperation (OIC) after the illegal state forces massacred dozens of Palestinians during protests in Gaza on Monday.

The meeting will take place on May 18, government spokesman and Deputy Prime Minister Bekir Bozdag announced.

Ankara has reacted with fury to the killing of at least 61 Palestinians in Gaza on the same day as the US formally moved its embassy in Israel to Jerusalem from Tel Aviv in defiance of international outrage.

"The Islamic world should move as one, with one voice, against this massacre," he added.

ISTANBUL - Turkey has told Israel's ambassador to Ankara to leave the country over the killing of dozens of Palestinian ...

During a telephonic call, the Turkish leader extended invitation to Pakistan’s Prime Minister Shahid Khaqan Abbasi for participation in the extraordinary session of the OIC.

PM Yildirim condemned actions taken by occupying forces and reiterated Pakistan's solidarity and support for the peaceful struggle of the people of Palestine for their homeland.

Thanking Turkey for its timely initiative, PM Abbasi confirmed his participation in the extraordinary OIC session. 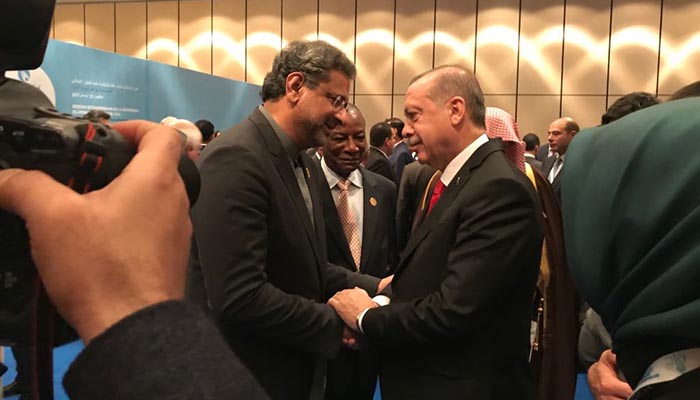 The summit declared East Jerusalem - which the international community regards as annexed by Israel - "as the capital of the State of Palestine" and urged the world to follow suit.

The Organization for Islamic Cooperation is the second largest intergovernmental platform in the world, following the United Nations, and has 57 member states in four continents. Its objective is to safeguard the interests of the Muslim world by promoting peace and international harmony among different peoples of the world.