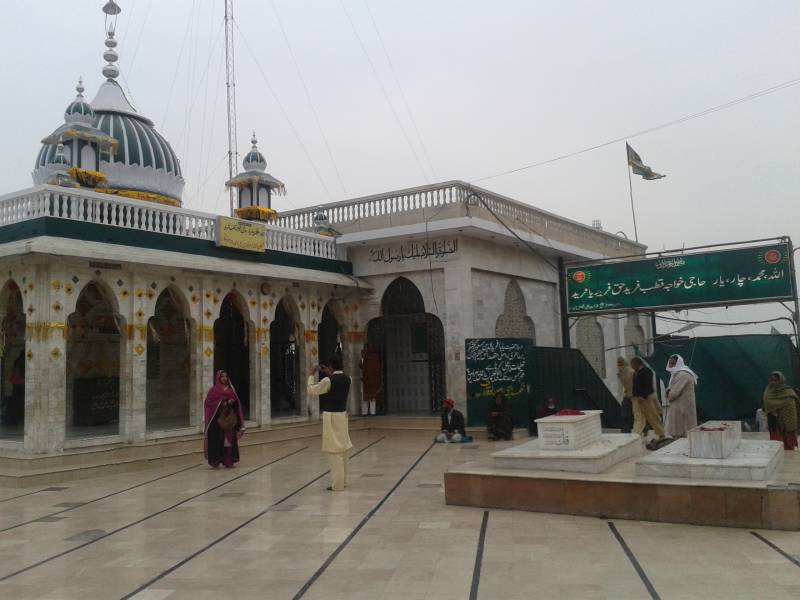 ISLAMABAD - The Supreme Court on Wednesday adjourned the hearing of the case pertaining to alleged illegal allotment of Waqf property attached to a Pakpattan shrine, involving former prime minister Nawaz Sharif till after Eid.

The court ordered all concerned parties of the case to s6ubmit their replies on a joint investigation team (JIT) report into the matter in 15 days.

During the course of proceedings, Advocate Iftikhar Gillani counsel for Dewan Ghulam Qutab said that he had already submitted his objections on the JIT report and added that the apex court had taken notice of the matter after 29 years.

Justice Umar Ata Bandial asked if the land was the property of the then government or of Auqaf, to which Gilani responded that Auqaf only takes care of the property and does not have any property of its own.

Justice Bandial remarked that the question was that why the then chief minister had signed a summary and given the land to a private individual.

Former Punjab governor Rafiq Rajwana appeared on behalf of Nawaz Sharif and said that the property was only given to the caretaker of the shrine to look after.

He said that the caretaker had then sold the land.

Rajwana said that the secretary of Auqaf had issued a notification to take back the land from the Auqaf administration and added that Sharif had nothing to do with the matter.

Justice Umar Ata Bandial remarked that government lands should be protected and said that the summary for the allotment of the land had been approved by the then chief minister. He observed that the decision to allot the land was in violation of the court order.

It is to mention here that the JIT had filed its report in the apex court on Jan 15. In its report, the JIT had recommended initiation of criminal proceedings against several individuals, including the then Punjab chief minister Nawaz Sharif for withdrawing a Dec 17, 1969 notification and allotting the huge land of Auqaf around Pakpattan to Dewan Ghulam Qutab in 1986, allegedly in violation of a Lahore High Court (LHC) order.