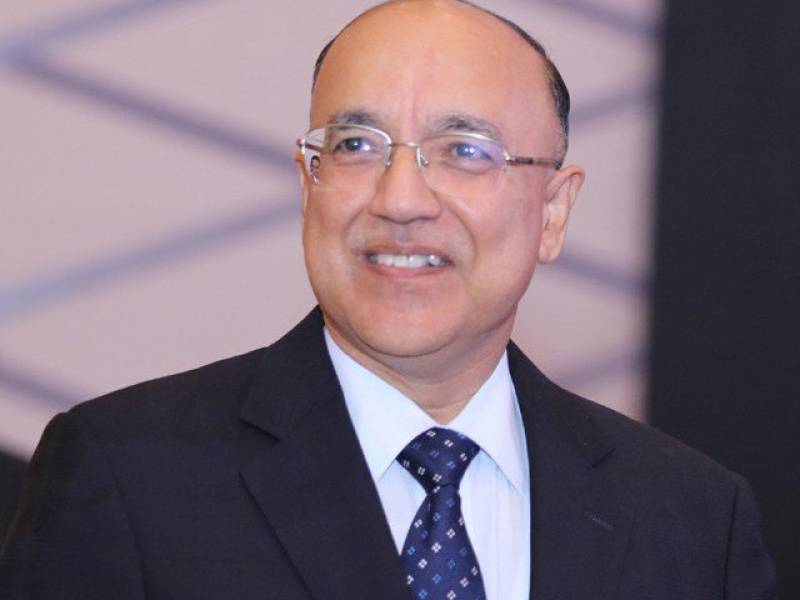 ISLAMABAD - The incumbent chairman of Securities and Exchange Commission of Pakistan (SECP), Tahir Mahmood has confessed involvement in a slew of underhanded dealings utilizing his official position some two decades ago.

According to a confessional statement dating back to 2002, Mahmood stated that he used to assist two individuals named Tahir Siddique and Shaikh Barkatullah who were deeply involved in setting up companies in a shady manner.

The confessional statement recorded by Faqeer Muhammad highlights that Tahir Siddiqui was the bigwig of Prudential group and Mahmood had developed terms with him as well as with then chairman of Employees Old-Age Benefits Institution (EOBI), Sheikh Barkatullah.

As per the confessional statement, the troika then set up multiple companies in which incumbent SECP chief - who was serving at a lower position back in 1999 - assisted both Siddiqui and Abdullah and even delivered cash to the latter when 'shoddy' deals were finalized.

Mahmood revealed that Sheikh Barkatullah established the firm FINCOM and sought the help of Tahir Siddiqui following which the officials of FINCOM brought a proposal of letter-based repo of Rs400 million from Prudential Investment Bank.

Moreover, the incumbent SECP chief revealed that FINCOM also brought the proposal of letter-based repo with EOBI by Pakistan Industrial and Commercial Leasing (PICL) for Rs 400 million and he (Mahmood) assisted the deal for approval by the chairman.

The official stated in his statement that after two initial deals, Barkatullah complained to him about non-payment of the commission to Noman and Saad - the duo running FINCOM on behalf of Barkatullah.

ISLAMABAD - Following the arrest of Securities and Exchange Commission of Pakistan (SECP) chief Zafar Hijazi, the ...

Mahmood used his and executed the payment of commission, flouting that he was a civil servant of the state of Pakistan

Moreover, Barkatullah sought the transaction in cash instead of cheques which was agreed upon and Mahmood actually delivered cash to Barkatullah while acting on his behalf.

'I was also ordered to receive the cash from Tahir Siddiqui on his behalf on all future deals,' confessed Mahmood.

In his statement made before the inspector of FIA, Mahmood revealed that when he was serving with EOBI, Tahir Siddiqui introduced the concept of security based repo deals which was new to both himself and Sheikh Barkatullah.

'Tahir Siddiqui offered Shaikh Barkatullah 1 to 1.25% per anum on each security based deal,' admitted Mahmood.

The confessional statement blows the lid off how Mahmood used his official position to broker deals between Tahir Siddiqui and Shaikh Barkatullah as the official reveals that he managed all the formalities for a deal worth Rs Rs600 million against which Shaikh Barkatullah received Rs 3 million.

Mahmood also lays bare as how during his last days at EOBI, Tahir Siddiqui desired conversion of letter-based deals of Rs 300 million each into security-based deals but hastens to add that he did not process the requests.

The current SECP chief, however, mentioned that EOBI did convert the deals as desired by Siddiqui for which Shaikh Abdullah was paid kickbacks.

Mahmood also revealed his service as part of SECP to register a company for Tahir Siddiqui without making public his identity for the firm named Interworld Securities Limited (IWSL) as Tahir was employed with Prudential Commercial Bank Limited (PCBL).

Moreover, Mahmood also assisted Siddiqui in setting up another 'benami' company by the name Republic Securities Limited (RSL) and also aided him in changing the management of another company Francis X.

The SECP head also stated in his statement that Siddique left the job with PCBL in 1999 to run his companies actively but sought his help in seeking the support of Shaikh Barkatullah.

Barkatullah was important in the case as he was the part of EOBI and Siddiqui wanted to shift the existing security lending from PCBL to his own companies RSL and IWSL and in all these discussions, Mahmood was actively participating.

Tahir Siddiqui also offered lucrative post to Barkatullah and Mahmood mentions that the rate of kickbacks i.e 1 to 1.25 percent was maintained and so it was not discussed.

After having discussed the diversions from PCBL to the companies owned by Tahir Siddiqui, the proposal was not getting through EOBI and again Tahir Mahmood harnessed his skills to remove the barrier.

Mahmood drafted the proposal for the deal following which the funds were transferred to the companies owned by Tahir Siddiqui - at a time when Shaikh Barkatullah was on leave.

Shaikh Barkatullah was also informed that the Bank of Ceylon would be used for security as Tahir Siddiqui had an acquaintance associated with the institution. Though Barkatullah was serving in an official capacity with EOBI, he guided Siddiqui about the proposal which the BOC should submit.

For one more time, the expertise of Mahmood was used and he typed a letter on behalf of BoC and Shaikh Barkatullah got his kickback this time as well, states the confession.

Mahmood also recalled another meeting in which Shaikh Barkatullah wished a four-wheeler from Tahir Siddiqui- a demand which was fulfilled.

In the concluding remarks, Tahir Mahmood mentioned that his services for Siddiqui were well acknowledged and he was also offered to be a part of the companies owned by the businessman.

Once he also mentioned that he had made an investment of Rs 5 million for me through his brokerage house, stated Mahmood who now serves as the chairman of Securities and Exchange Commission of Pakistan.

Tahir Mahmood was appointed the chairman of SECP by Pakistan Tehreek-e-Insaf government in October 2018 and National Accountability Bureau had also filed a reference against Shaikh Barkatullah and Tahir Siddiqui back in 2002.