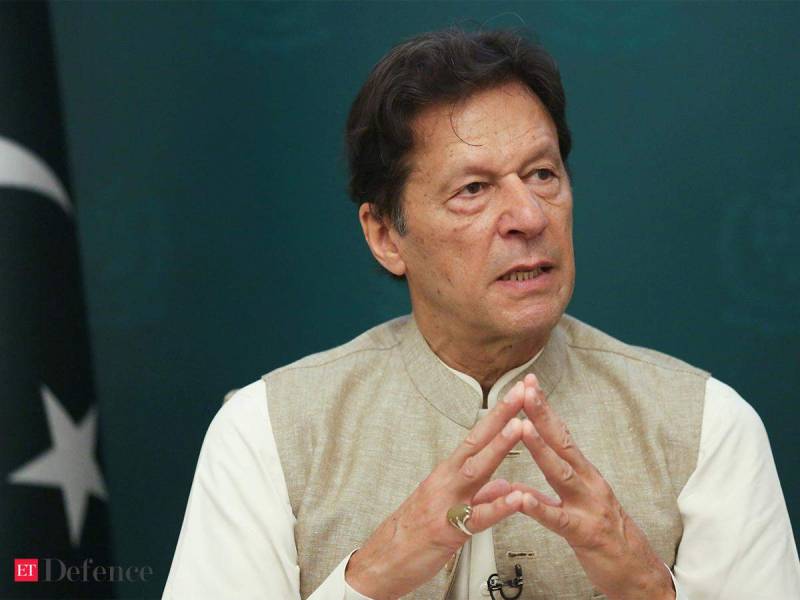 According to the sources, the prime minister's comments came during a meeting with the coalition partners of the PTI-led government where the matter came up for discussion.

The government’s allies were of the view that the PML-N could be served a contempt of court notice for its statements on the matter.

On this, the prime minister said the matter was in the court and the judges would do what they deem fit.

According to a news published in the local media, Shamim has accused Nisar of issuing instructions to a judge to keep former prime minister Nawaz Sharif and PML-N Vice-President Maryam Nawaz in jail until the general elections of 2018. The former chief justice of Pakistan has denied Shamim’s claims.

The Islamabad High Court (IHC) has summoned former chief justice of Gilgit-Baltistan Justice (retd) Shamim, editor-in-chief and editor of the newspaper which carried the news story and journalist Ansar Abbasi on Tuesday (November 16).

IHC Chief Justice Athar Minallah held an urgent hearing and took the decision to summon the above-mentioned persons after the Islamabad High Court Registry took notice of the news report.

At the hearing, Justice Minallah said the court would treat this matter very seriously, adding that an attempt had been made to shake people's confidence in the judiciary.

Responding to the allegations levelled by Shamim, Maryam said that people should be "afraid" of the person who leaves his "matter in the hands of Allah".

"There is a lesson for oppressors in this," the PML-N vice-president added.

The information minister linked the PML-N to the former GB chief justice and said: "The PML-N had appointed Rana Shamin chief justice of Gilgit-Baltistan in 2015."

PML-N leaders Khawaja Asif and Shahid Khaqan Abbasi had levelled allegations against courts in their press conference earlier in the day, Chaudhry said, adding the IHC should summon them to tomorrow's hearing.

Chaudhry said the joint Parliament session, which was postponed last week, would be held on Wednesday at 2pm as the allied parties expressed confidence in the prime minister's leadership.

Rasheed said the prime minister personally addressed the reservations of the allied parties. "Everyone is on board over online voting for overseas [Pakistanis]."

The interior minister said the government would present eight to 10 bills in Wednesday's joint Parliament session.