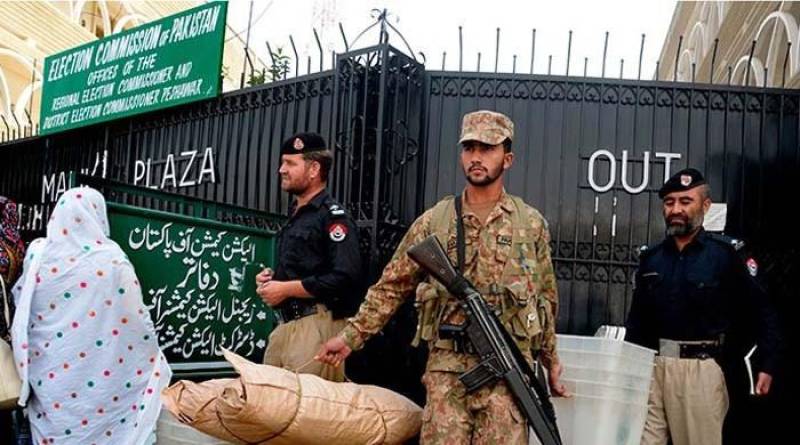 LAHORE – Unofficial and unverified results show a tough fight between the two major political parties, the Pakistan Tehreek-e-Insaf and the Pakistan Muslim League-Nawaz - after a day-long polling process for by-election on 35 National and provincial assemblies' seats.

As per the available results, the Pakistan Tehreek-e-Insaf (PTI) and the Pakistan Muslim League-Nawaz (PML-N) win four seats each.

The Pakistan Muslim League-Quaid-e-Azam (PML-Q) managed to bag two seats that were vacated by Chaudhry Pervez Elahi, while the Muttahida Majlis-e-Amal (MMA) secured the NA-35 constituency in Bannu.

Polling began at 8:00 am (PST) on Sunday morning and continued till 5:00 pm (PST) without any break, under the supervision of Pakistan Army personnel.

Over 100 candidates took part in elections for 35 national and provincial assembly seats, according to the Election Commission of Pakistan (ECP).

Over 9.9 million ballot papers were printed for the by-election on 11 seats of National Assembly, nine of Khyber Pakhtunkhwa (KP) Assembly, 11 of Punjab and two each of Balochistan and Sindh assemblies.

Islamabad - Prime Minister Imran Khan casted his vote in by-elections today in NA 53 Islamabad, a seat among others he ...

In Karachi, PTI is expected to face tough competition from its ally Muttahida Qaumi Movement-Pakistan (MQM-P). 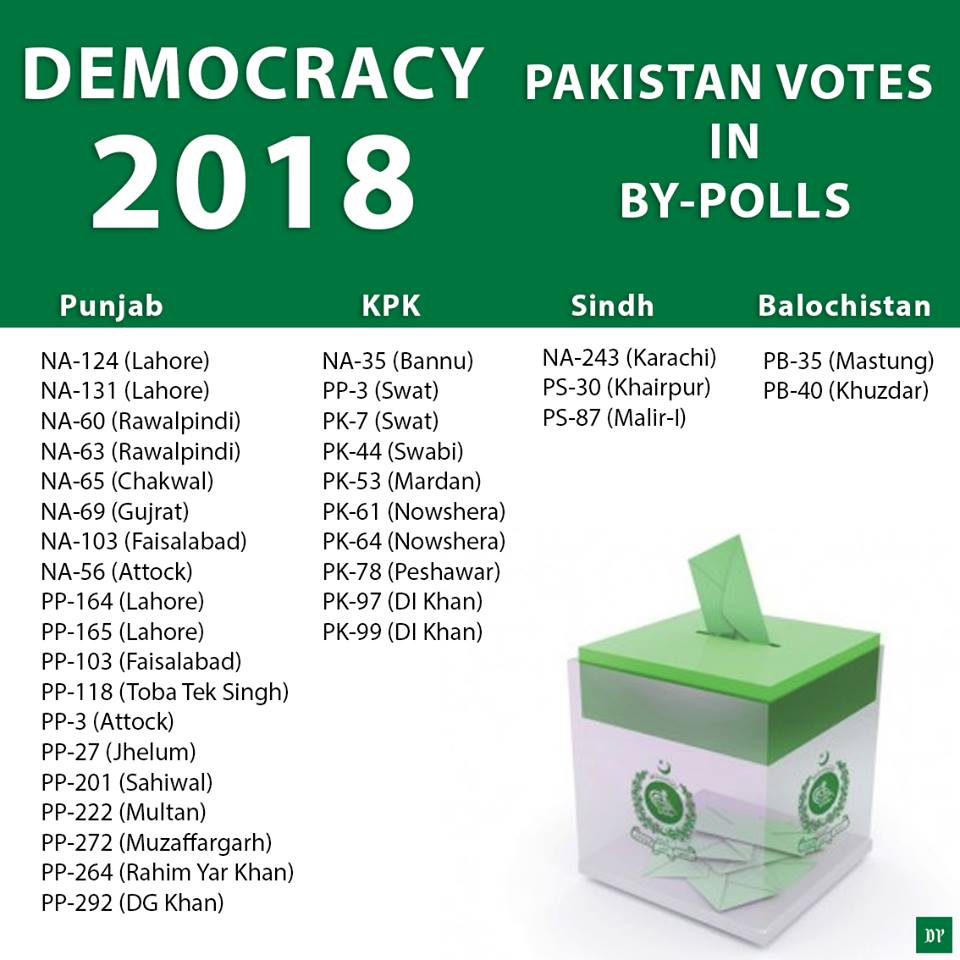 NA-60: PTI's Rashid Shafique is leading with 36,035 followed by PML-N candidate Malik Sajjad Khan who has secured 35,792 votes so far.

In the by-elections on 24 provincial assembly seats - 11 in Punjab, nine in Khyber Pakhtunkhwa and two each in Sindh and Balochistan - the PTI was leading in nine constituencies, while the PML-N was ahead in six constituencies.

In Sindh by-election were held on two provincial assembly seats, PS-30 and PS-87. The PS-30 Khairpur seat was secured by PPP’s Syed Ahmad Raza Shah Jilani by defeating Waliur Rehman of the Grand Democratic Alliance (GDA) and others.

As per unofficial results, Akbar Mengal, who was fielded by Balochistan National Party-Mengal and Jamiat Ulema Islam-Fazl jointly, is leading in PB-40-Khuzdar, till filing of this report.

In PB-36 Mastung, former Balochistan chief minister Nawab Aslam Khan Raisani, an independent candidate, was leading with results of around 20 polling stations yet to come.

By-polls were held at 11 provincial assembly seats in Punjab. The PML-N won five and the PTI bagged four, whereas two independent candidates won the other two seats, unofficial results said.

Of the nine provincial assembly seats, where by-elections were held, the PTI is leading with five seats, followed by the Awami National Party (ANP) with three seats and the PML-N in Swat (PK-3) constituency.

This is the first time that overseas Pakistanis also cast their votes in the by-polls.

According to data provided by Election Commission of Pakistan (ECP), over 5 million registered voters, including 2.3 million women and over 2.7 million men, will cast their votes in 7,489 polling stations across the country, of which 1,727 polling stations have been declared sensitive.

Security cameras have been installed at all the sensitive polling stations which would be guarded by army troops. Troops would remain deployed there till October 15, a day after the polling.

Like July 25th General Elections, the designated in-charges of army personnel deployed in and outside the polling stations enjoyed the powers of a magistrate first class during the entire period of their deployment and were empowered to summarily try those found involved in impersonation, capturing of polling stations or violation of other relevant provisions of the law.

Nearly 40,000 army personnel and around 100,000 police personnel have been stationed for polling duty.

To avoid the confusion seen in the general elections, the ECP has informed voters that mobile phones, cameras and bags will not be allowed inside polling stations.

Voters should get the information about the polling stations they are registered in by sending their National Identity Card (NIC) number to 8300 as a text message.

Voters must bring their original NICs with them in order to be able to cast their votes. "Any document other than the NIC will not be acceptable," the notice warns. Expired NICs will also be acceptable.

Election Commission of Pakistan monitoring and complaint cell is now up for the general public. 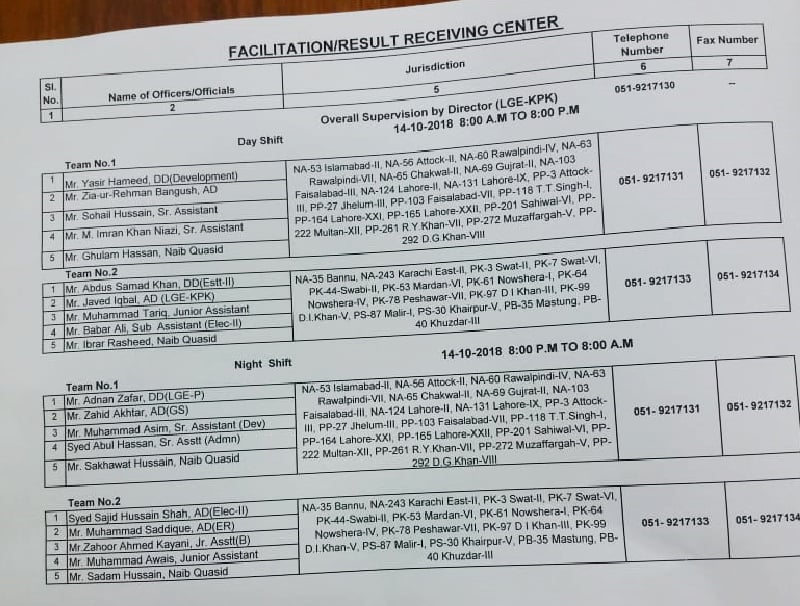 Voters can register complaints about poll day irregularities on the numbers provided for their constituencies.