Pakistan and Central Asian States: From Challenges to Opportunities 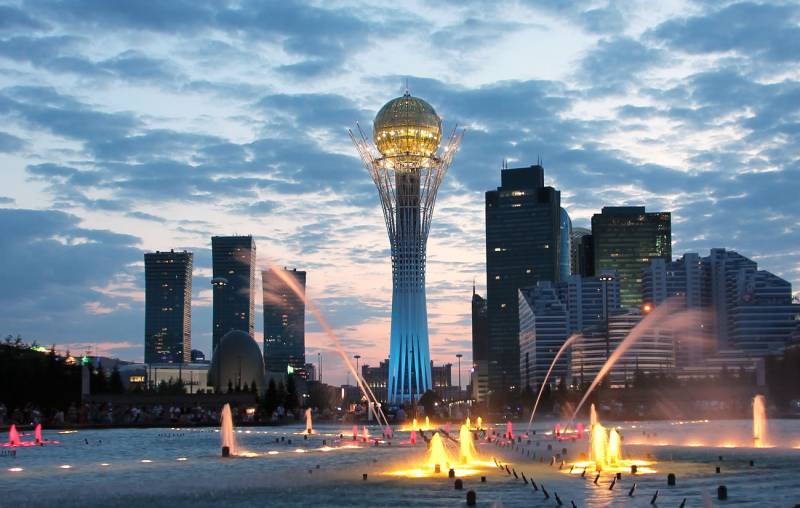 As a result of the disintegration of the Soviet Union the Central Asian States that formed became independent. The Central Asian Republics (CARs) have enormous resources. Kazakhstan, Turkmenistan, and Uzbekistan export oil and natural gas as well as liquefied natural gas. The Kyrgyz Republic and Tajikistan have major hydropower resources that could be channelized to market electricity to Afghanistan, People's Republic of China, Iran, Pakistan, and the Russian Federation. Kazakhstan is a prominent world leader in coal production. Moreover, Kazakhstan and Uzbekistan have uranium reserves. In terms of climate , Central Asia has geographic extremes including the world's northernmost desert (sand dunes), the world's shortest distance between non-frozen desert and permafrost, considered as the Eurasian pole of inaccessibility. Major sea routes include the Aral Sea and Lake Balkhash, both of which are part of the huge west-central Asian endorheic basin that also includes the Caspian Sea. All these factors enhance geo-political and economic importance of CARs.

Geographical proximity of Pakistan with the Central Asian region can provide benefits to both sides. In early 1990’s some attempts were made by the Pakistan Foreign Office to engage CARs for trade and economic cooperation. But all diplomatic efforts were buried under the negative impact of 9/11 incident. The advent of ISAF and NATO forces in Afghanistan leading to a volatile security situation in Afghanistan. Afterwards, the drawdown of ISAF military forces in Afghanistan opened new opportunities for Pakistan and CARs to explore avenues for further co-operation.

Prime Minister Nawaz Sharif’s visit to Turkmenistan on 20th May 2015 , to Kyrgyz Republic on 21st May 2015 and also to Kazakhstan in August are signs of Islamabad’s efforts to strengthen the political and economic linkages with the CARs.

In the economic domain, TAPI and CASA-1000 are important projects for both Pakistan and Central Asian States. TAPI’s long 1735km pipeline is planned to transmit 27 billion cubic meters of gas annually to Afghanistan, Pakistan and India from Turkmenistan and Tajikistan respectively, with a potential to enhance the capacity to 33 billion cubic meters. The pipeline project has an estimated cost of $10 billion.

On the other hand, CASA-1000 project also provides a landmark cooperation opportunity between Kyrgyzstan, Tajikistan, Afghanistan and Pakistan. The plan envisage export of a total of 1,300 MW of excess electricity available during summers from Tajikistan and Kyrgyzstan, 1,000 MW for Pakistan and 300 MW for Afghanistan.

Furthermore, the ports of Turkmenbashi in Turkmenistan and Gwadar in Pakistan would shape international trade corridors. Beside there is a plan to develop Prime Minister Sharif during his visit said the Turkmenistan-Afghanistan-Tajikistan and Kazakhstan-Turkmenistan-Iran railway projects initiated by Ashgabat would also open new trade avenues with Pakistan.

Other projects include the road links. Two motorways connecting Pakistan with Termez in Central Asia were announced by Prime Minister Nawaz Sharif. The Gwadar-Termez motorway will connect Gwadar to Central Asia, as Termez lies between Uzbekistan, Afghanistan, Turkmenistan and Tajikistan. The route from Termez to Mazar-i-Sharif, which will go onto Kandahar in Afghanistan and then who Chaman. Moreover, the motorway from Peshawar to Torkham on to Jalalabad is also under construction and would be completed soon.

All these transportation links would give a fillip to trade between Pakistan and the Central Asian States (CARs). It will be useful to overcome energy deficits and expand trade opportunities for economic growth for Pakistan, Afghanistan and Central Asian States. However, these mega projects, will materialize only if internal security situation in Afghanistan stabilizes and peace prevails there. Peace in Afghanistan is essential for the prosperity of the whole region.