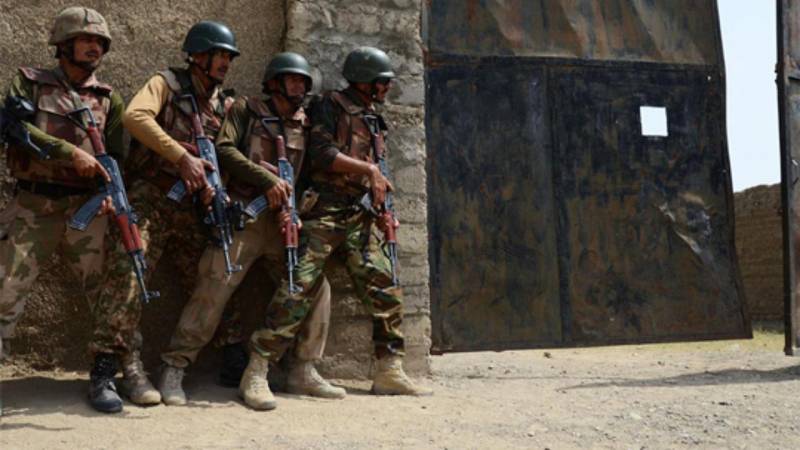 Decades of global war against terrorism are yet to yield the desired fruits in terms of restoration of peace, maintenance of law and order and smooth running of state affairs by civilian institutions of the country. The nation just grieved over the first anniversary of tragic Peshawar school massacre, whereas subsequent events of violence and terrorism have considerable recurrence to jolt the state authorities of their slumber and make them realize that something is wrong with their counter terrorism strategy – if it exists at all. Needless to say that we, as a nation, don’t stand at a much different position relevant to the last year in terms of our imperviousness to such incidents and soft targets are still as vulnerable to violence as they have been in the past.

A glance at the chronology of military operations in the country since 9/11 incident reveals that the state has suffered much loss in terms of resources and man power as well as trust of a large faction of society. Internal ideological fault lines have made it nearly impossible to garner the support of all factions of society – particularly of the direct victims of overt and covert military operations and foreign raids – in favor of the said war. Polarization of society at large is the worst byproduct of the choices we have been opting to combat terrorism for decades.

Purpose of this write-up is not to discuss the havocs of war, for people of this land have had enough first hand exposure to it. Nor is this write-up aimed at criticizing the use of power, for it is understandable that emergency measures are required to deal with emergency situations and the state has all the right to establish her writ by force. The author here intends to analyze the efficacy of tactics our authorities have been using to curb the menace of terrorism and identify the loopholes that have been hindering the peace process for years.

A number of question marks loom around the situation: What standard indicators demand military presence in a region to assure peace following a military operation? Would military have to assure its presence in every region after every operation to check militants’ comeback? If yes, to what extent and for how long? Where do the civilian law enforcement institutes stand in terms of efficiency and legitimacy if they cannot be trusted with their job and parallel military alternatives are required to perform the job? The answers are not to be found anywhere.

The situation clearly explains that the war against terrorism is far from being conclusively won. There are many elements that limit the success of power tactics on the part of the state. Firstly, militants’ networks beyond superficial demarcation are very intricately interconnected deep down and the state cannot wage a war against one category of militants without inviting a backlash from others. Many a time, the kickback is faced by the innocent yet the most vulnerable targets in the form of suicide bombing or public massacre.

Secondly, with an extremely porous western border, militants’ traffic cannot be fully checked. It allows militants to scatter and escape the hard hit operation site, or go undercover as long as the operation lasts and regroup to make a comeback whenever the conditions are optimal again – as it had happened in the past.

Often the masterminds financing and abetting terrorist activities stay at the backend while the lower level recruits are made to carry out the nefarious plans. No matter how many such recruits are killed, either in suicidal missions or at the hands of state authorities, there are always more to replace them. As Noam Chomsky puts it, “as long as there are swamps, there will be mosquitoes”. Loss of innocent lives that accompany military operations, either by state authorities or by foreign powers, constitutes a major force in fueling hatred and resentment among the victims which are easy prospected recruits for the militants’ heads. This puts the state in a vicious cycle of war with a never ending array of militants emerging after every successive operation. If an operation kills five militants while giving birth to ten radicals, it is certainly a point of concern.

As clichéd as it sounds, you can kill a person, but not an idea. Militant ideology – in a broader sense – has penetrated deep enough that killing all those germinated with this ideology is neither practical nor feasible. It is important to realize that all those labelled together as militants do not share the same level of commitment to the cause of militancy. Many a recruit are brain washed and dragged into this menace out of out of resentment towards state authorities or sheer vulnerability attributed to extreme poverty, ignorance, religious extremism and obscurantism. Once labelled as militants, they are bumped together in the terrorists’ pool forever. Clearly, the state has not got much to offer those who are willing to renounce violence in exchange for a peaceful life.

De-radicalization and rehabilitation paralleled with active use of power as and when deems necessary are the keys to a long term peace process. The intelligence apparatus of the country needs to carry out a thorough fragmentation of militants on the basis of their psychographics and level of commitment to the militant ideology. One way of filtering hardcore militants is an open call for dialogue. It has helped create an internal divide among the militants in the past, as there is always a good number willing to negotiate the terms. The next thing should be to announce amnesty for lesser committed recruits conditional to their surrender and willingness to give up arms. There ought to be proper rehabilitation centers – better equipped than militant cells where vulnerable individuals are radicalized – where such recruits can be psychologically de-radicalized whilst being provided with opportunities to begin their lives a new. It would shake the strength and conviction of hardcore militants on one hand and would set the rehabilitated militants as motivational examples for scores of others to follow the trail, on the other. Furthermore, having successfully rehabilitated a group of militants, the state would be able to make them crown witnesses against their former compliances which would facilitate peace process significantly.

Finally, there ought to be a carefully chalked out strategy on the part of state to eliminate the factors that give birth to terrorist mind set and adequately address the genuine grievances of the masses. As mentioned earlier, only cleaning up the swamps would lead to the long term elimination of mosquitoes. Irrational use of power fuelled by the sentiments of vengeance and revenge would only produce a boomerang effect. State’s has to be a corrective spirit, not a vindictive one.

The author is a freelance content writer currently doing her MPhil in Communication Studies.