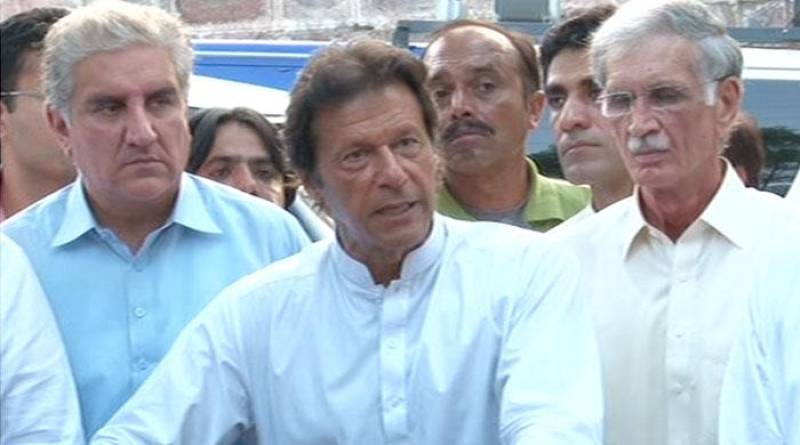 Speaking to newsmen in Islamabad, he alleged that Prime Minister Nawaz Sharif was a beneficiary of Shamrock Corporation and his children were not the only one owning offshore companies.

He stated that the evidence of money laundering would be awarded in the courtroom, adding that corruption was destroying Pakistan.

Imran Khan said that his popularity was not on the decline.

“When we go to Lahore then our popularity would be clear to everyone”, he added.

He claimed that no political party could match the popularity of PTI in the nation at present.

PTI chairman said that he would soon unearth another alleged scandal of Nawaz Sharif.

Responding to a recent statement of Narendra Modi, he said that Indian Prime Minister was wrong in saying that situation in Azad Jammu and Kashmir was tense.

He said that Nawaz Sharif should act like a prime minister and take a strong stance against Modi’s statement.

Imran further said that the world’s silence over the atrocities being committed by Indian forces was regretful.