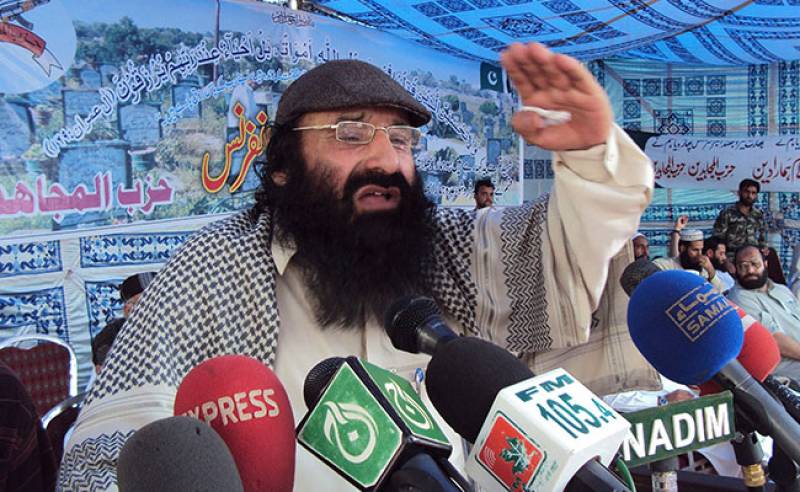 WASHINGTON - The United States on Wednesday named Hizb-ul-Mujahideen a Foreign Terrorist Organisation and a Specially Designated Global Terrorist group, a little more than 50 days after adding its chief Syed Salahuddin to its list of designated global terrorists.

“Today’s action notifies the US public and the international community that Hizb-ul-Mujahideen is a terrorist organisation,” the US state department said in a statement, adding such designations expose and isolate terrorist groups and individuals, and “assist the law enforcement activities of US agencies and other governments”.

This designation is welcomed by authorities in India.

The designation of the Hizb came two days after the two leaders spoke on phone — Trump called to congratulate Modi on the 70th anniversary of India’s independence and announced the setting up of a new dialogue mechanism to elevate the strategic ties between the two countries.

The issue was being discussed between the Indian side and the Trump administration for long, sources said. National Security Adviser Ajit Doval and foreign secretary S. Jaishankar had taken up the designation of terrorists with their US counterparts.

According to news sources, Modi flagged the issue of counter-terrorism cooperation with US defence secretary James Mattis and secretary of state Rex Tillerson during meetings before he held talks with Trump in June.

“New Delhi had actively pursued the case of Hizb-ul-Mujahideen with the US authorities for some time. The home ministry forwarded documents collected from security agencies and Kashmir Police on the activities of the Hizb-ul-Mujahideen. These documents and proofs were used appropriately. Officials were also in touch with the US authorities dealing with the matter,” an Indian newspaper said.

The Hizb joins the Jaish-e-Mohammad and Lashkar-e-Taiba on the US list of foreign terrorist organisations. The other two groups were designated on the same day on December 26, 2001. Two other anti-India groups, Indian Mujahideen (2011) and al-Qaeda in the Indian Subcontinent (2016) are also in the list.

By adding the Hizb to the list, the US seeks to “to deny Hizb-ul-Mujahideen the resources it needs to carry out terrorist attacks”. All its properties and interests in properties subject to US jurisdiction will be blocked and Americans will be prohibited from “engaging in any transactions with the group.”