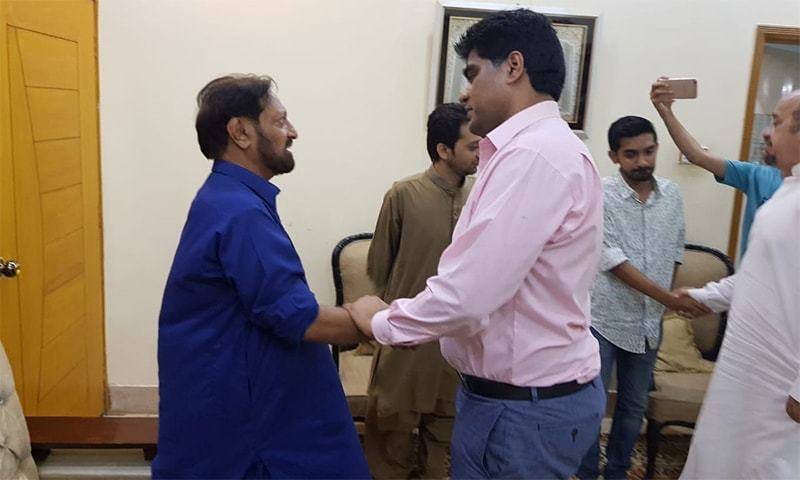 KARACHI - Pakistan Tehreek-e-Insaf has suspended the party membership of Dr Imran Shah who was caught slapping a citizen in Karachi, a couple of days ago.

The central leader of PTI Karachi chapter, Najeeb Haroon expressed on Thursday that the suspension would last for a month adding that the disciplinary committee was already looking into the matter.

Syed Imran Ali Shah, an elected MPA from PS-129, was filmed beating up a citizen publically on one of the busiest thoroughfares of Pakistan's Southern metrpopolis, Karachi.

As soon as the video of the incident spread like wildfire, the political commentators demanded Imran Khan to take a prompt action following which a show cause notice was served.

Afterward, Imran headed to the residence of the citizen and tendered an apology, however, the victims seemed to be unhappy over the development and was left with no other option than to forgive the lawmaker.

He, however, posed mistrust in the judicial system of the country and cited his affiliation with the state-owned department as the main reason, not to pursue the case.

Where is the state? A heartfelt message from son of Daud Chuhan who was thrashed by PTI MPA

His son also wrote an emotional post on social media, decrying the inaction of the state over the matter.

The MPA had also released a video in which he explained his side of the story and tried to justify the act.