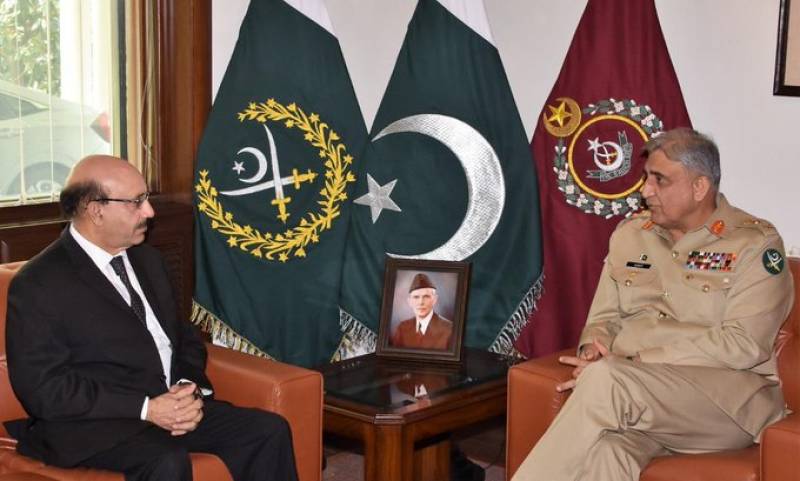 RAWALPINDI - Chief of Army Staff (COAS), General Qamar Javed Bajwa assured the president of Azad Jammu and Kashmir (AJK) of Pakistan Army's continued commitment to the Kashmir cause and its people.

According to Director-General Inter-Services Public Relations (ISPR) Major General Asif Ghafoor, the AJK president and the Army chief discussed the situation in Indian Occupied Kashmir as well as the continued provocation by Indian armed forces along the Line of Control (LoC).

The meeting comes days after India revoked the special status of Kashmir by scrapping article 370 and 35A of the constitution.