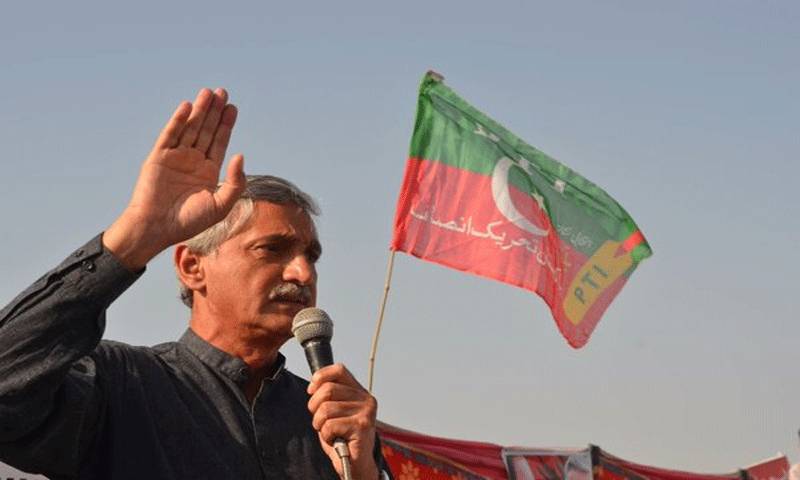 ISLAMABAD - Jahangir Tareen resigned as the secretary general of the Pakistan Tehreek-e-Insaf (PTI) in the wake of the Supreme Court's verdict that led to his life-time disqualification as a legislator.

Tareen uploaded a copy of his resignation on Twitter and hoped that the PTI Chairman Imran Khan would become the next premier of the country.

In his resignation, Tareen stated that he joined the party to change the political culture of the country to end nepotism, corruption and to give Pakistanis a better tomorrow.

'There was no personal motive involved, and the purpose of joining PTI was only to achieve the same vision of a politically modern, progressive and corruption free Pakistan' stated the PTI lawmaker who was disqualified by the apex court on multiple charges on a petition filed by Pakistan Muslim league Nawaz leader Haneef Abbasi

I have resigned as SG of Pakistan Tehrik e Insaf . Will remain part of the struggle. Hoping to see Imran Khan as Pakistan’s next PM , IA pic.twitter.com/mqgoFevRFN

"It is disappointing that the country's highest tax paying parliamentarian stands disqualified on a flimsy technical ground, but since the highest court of Pakistan has concluded that I am not qualified to continue as a member of assembly I bow my head in compliance of that order" tareen sttaed in his resignation.

According to highly-placed sources, Tareen decided to step down from the party post after he met senior members of PTI following apex court's verdict that gave a decisive blow to his political career.

After Tareen officially announced his decision to step down, Asad Umar, a CEO-turned-politician is likely to assume the charge as he enjoys widespread popularity within the party, reported Geo News.

Meanwhile, PTI spokesman Fawad Chaudhry had expressed on Friday that Imran Khan had directed Tareen to continue performing his duties as secretary general.

Earlier on Friday, the Supreme Court ruled that Tareen could not be termed honest as he failed to declare his offshore firm and used dubious terms in his statemnets before court.

He was disqualified as a legislator on the basis of Article 62(1)(f) of the Constitution and and Section 99 of Representation of People Act (ROPA) .

Nonetheless, the party has decided to file a review petition regarding Tareen's disqualification.