All you need to know about new US president Biden’s inauguration – when is it & who will attend? 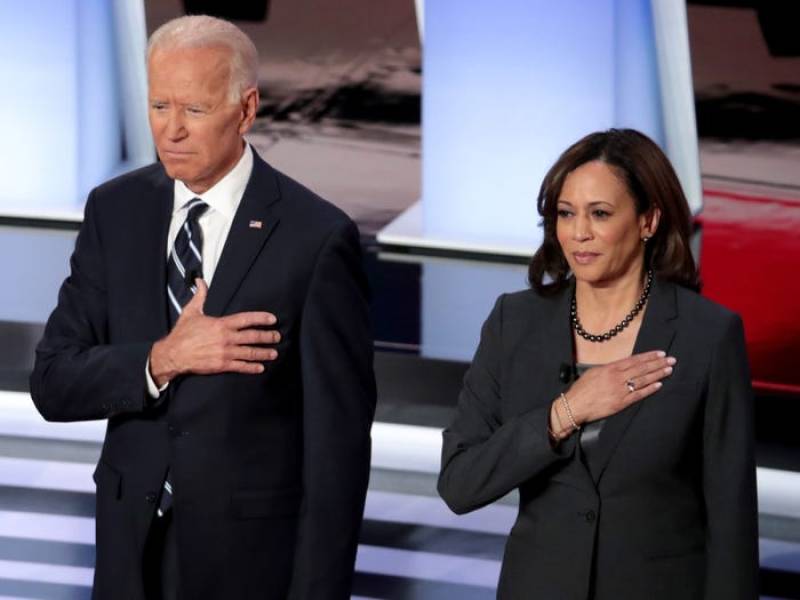 NEW YORK – Days after the attack on the US Capitol by the supporters of outgoing President Donald Trump, Joe Biden is all set to inaugurate his presidency on January 20.

A statement issued by the Presidential Inaugural Committee said that the theme for this year centers on “America United”.

“We have witnessed countless heroes this past year step up to the front lines and serve their fellow Americans, so we are telling their stories, spreading their collective light and celebrating the best of our country and its people with this prime-time program,” Tony Allen, committee CEO, said in a statement.

Amid concerns regarding coronavirus pandemic, the events scheduled for the Inauguration Day would be mostly viewed online. Health officials have also issued guidelines for would-be attendees, asking them to wear face mask and maintain social distancing.

A person, who wins the elections in the US, is not immediately handed over the government by predecessor as the president-elect has to wait for two months to take over the government. The day, which is January 20, he/she assumes the office is termed as inauguration day.

The gap, which was shortened from previous three months in 1993, is designed to allow the incumbent president to wind up his administrative tasks and coordinate a transition of key national security and executive branch information to the successor.

When will Biden take oath?

Biden will take inaugural oath in a scaled-down ceremony on the US Capitol grounds beginning at 11am ET (9pm Pakistani time). The inaugural parade would be held at 2pm ET.

The inauguration ceremony traditionally kicks off with the president’s processional from the White House to the US Capitol. Kamala Harris will take her inaugural oath first, becoming the America’s first female and black vice-president.

Later, Biden will swear in. His oath will be followed by a performance by the American pop star Lady Gaga, who will sing the national anthem, and other events.

Jennifer Lopez will also give a musical performance.

Foo Fighters, John Legend and Bruce Springsteen will give online performances and Eva Longoria and and Kerry Washington will introduce segments of the event.

Afterwards, Biden and Harris will attend signing ceremony, which is taken as the first official action. Then attendees will take the inaugural luncheon.

However, Washington DC and its surrounding areas have been placed on high alert as the FBI has issued threats about possible attack against federal institutions during the day. .

The National Mall, where public normally gathers, to watch the ceremony and other adjacent streets will remain closed until the event is held.

As many as 15,000 national guard troops have descended on the capital for stringent security to avert any untoward situation.

Who is attending the Ceremony?

Trump has clearly announced that he will not attend the Biden’s inauguration ceremony, breaking a longstanding tradition, as he has been expressed concerns over the transparency of the polls.

However, outgoing vice president Mike Pence has pledged to attend the ceremony.

The former presidents Barack Obama and George W Bush will follow the tradition as they will be in attendance accompanied by the former first ladies Michelle Obama and Laura Bush.