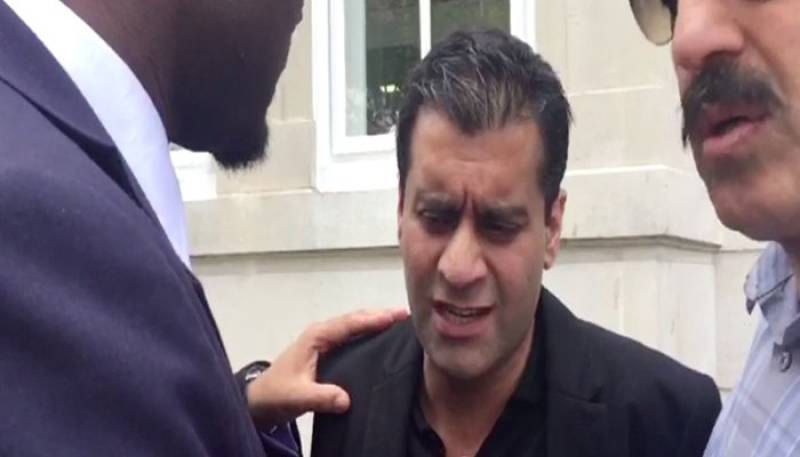 LONDON - A suspect has been held on Saturday after he attempted to enter the room of former prime minister Nawaz Sharif's wife Begum Kulsoom in the Harley Street clinic in London, where she has been placed on ventilator.

Begum Kulsoom was shifted to the ICU of a London hospital late Thursday after her health deteriorated. She had collapsed in the ICU after suffering a heart attack and placed on ventilator.

LONDON - The wife of former prime minister Nawaz Sharif was shifted to the intensive care unit at a UK hospital from ...

The man reportedly showed a card to the security, introducing himself as a doctor, and tried to enter the room. Later the security held him and throw him out.

The man, identified as Naveed Farooq, was then handed over to London police which released him after issuing him a warning.

Talking to media, the suspect said that he was just trying to visit the ailing Kulsoom Nawaz, adding that he had no bad intentions.

Hussain, a son of Nawaz Sharif, soon after the incident said that the family was already worried and such people were causing more distress.