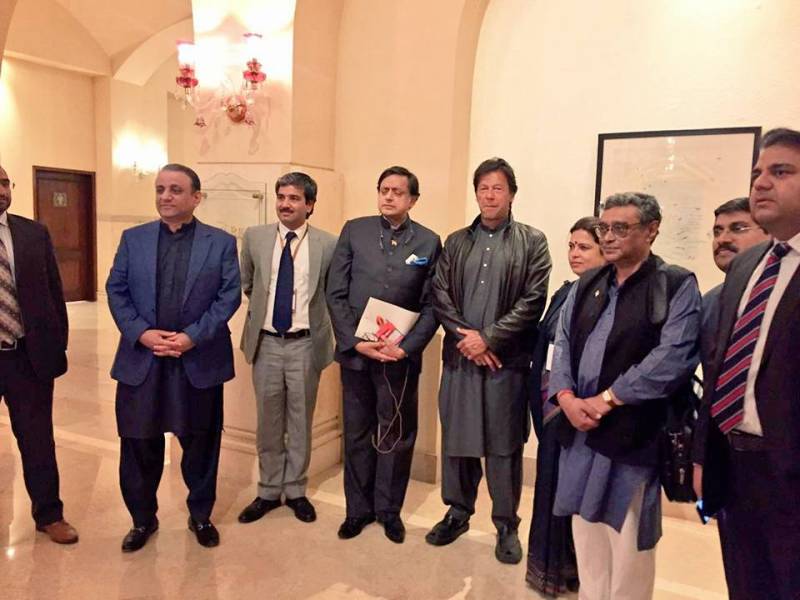 According to a statement issued by the party, Khan met the Indian delegation led by the Lok Sabha member.

The agenda of the meeting included a discussion on PTI's vision and other political issues. 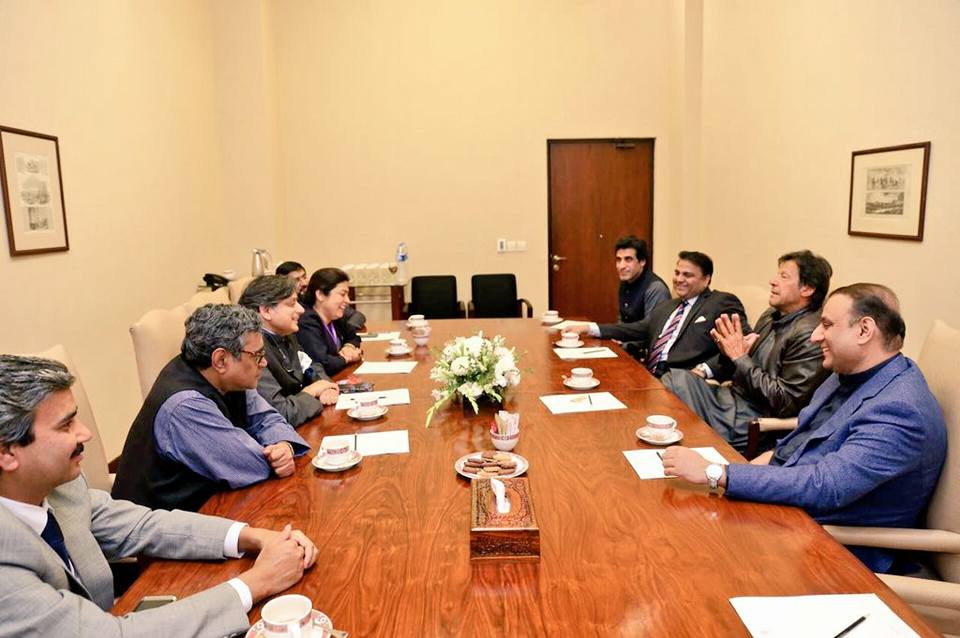 Imran Khan discussed PTI's efforts and the performance of the Khyber Pakhtunkhwa government with the foreign delegation. Tharoor also asked the PTI chairman about the Panama leaks case.

The Indian leader took a selfie with Khan. PTI leaders Fawad Chaudhry, Aleem Khan, and Aun Chaudhry were also part of the meeting.

Pleasure to catch up with @ImranKhanPTI (&to talk cricket too!) https://t.co/bXQxJLe5YJ

After the meeting Shashi Tharoor took to Twitter and expressed that it was a pleasure talking to Imran Khan. He added cricket was also discussed during the meeting.

Shashi was in Pakistan along with Meenakshi Lekhi and Swapan Dasgupta to attend the three-day meeting of the special committee on creation of Asian Parliament and Asian Parliamentary Assembly Standing Committee on political affairs.