Did Tariq Fatemi go to OBOR Summit in China? 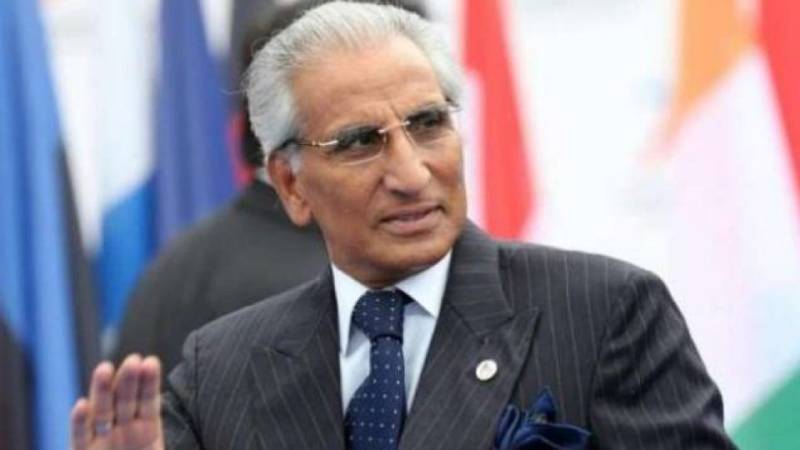 Fatemi, who was removed from his post because of the allegations that he was the one who had been feeding the news to Dawn's reporter about the meeting and had added his own slant to it, can be seen with the Pakistani delegation in the picture. 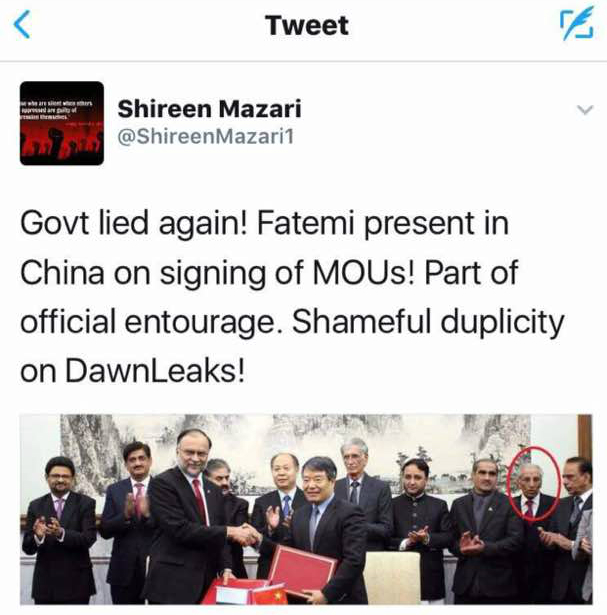 Naeem ul Haque, another senior member of Pakistan Tehreek-e-Insaf (PTI) also took to Twitter and criticised the government on the basis of the same picture.

However, it has now emerged that the picture central to this controversy is not from the recent delegation but dates back to the times when Fatemi was still serving in his post.

Usman Mujib Shami, Editor-in-Chief Daily Pakistan, who is currently part of the delegation, denied the reports saying Mr Fatemi was nowhere in the delegation.

Minister of State for Information and Broadcasting Marriyum Aurangzeb also repudiated the rumours and said: "PTI's reporting on Tariq Fatemi at worst seditious and diabolic or at best ignorant and incompetent."

PTI's reporting on Tariq Fatemi at worst seditious and diabolic or at best ignorant and incompetent pic.twitter.com/04P1KdVmi0

Earlier on Tuesday, the minister also said that PTI is in the habit of levelling false accusations on others, and wants to create conflict between institutions.

Marriyum Aurangzeb said the tweets of Shireen Mazari and Naeem-ul-Haque are very shameful and advised the opponents not to give statements on wrong information. She said PTI starts making allegations without doing any research.