Nawaz, Maryam to record statement in Avenfield reference on Friday 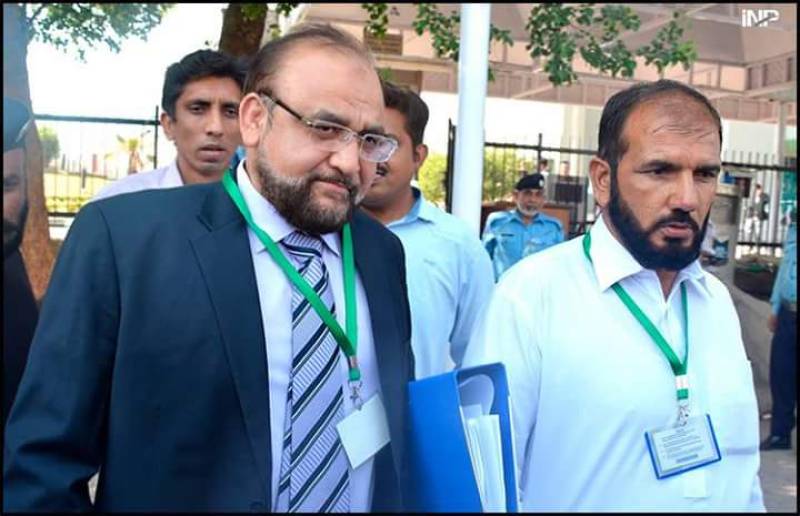 The directives were issued by the accountability court as it resumed hearing the graft cases against the former premier and his family.

During the case hearing, Accountability Court-I Judge Mohammad Bashir observed that the accused will be given a questionnaire during Wednesday’s hearing with regards to their recording of statements.

At the last hearing, National Accountability Bureau (NAB) prosecutor Sardar Muzaffar Abbasi had pleaded the court to record the statement of Nawaz and his family in the Avenfield case.

The Al Azizia Steel Mills reference is among three references filed against former prime minister Nawaz Sharif and his family by the National Accountability Bureau (NAB) on the Supreme Court's directives.

Former premier Nawaz Sharif and his daughter Maryam Nawaz appeared before the accountability court in Islamabad, that is hearing the case, after concluding the Avenfield reference.

At the last hearing on Wednesday (yesterday), Zia completed recording his statement in the accountability court.

Wajiz Zia has previously testified against the Sharif family in Avenfield reference, over which Harris cross-examined him for 10 days.

The court originally had a deadline of six months which ended in mid-March but was extended for two months after the judge requested the apex court.

Afterwards, the trial court's second plea for a deadline extension was approved by the Supreme Court; the deadline would now expire on June 9th.

Former prime minister Nawaz Sharif reiterated his claims that many characters were behind the twin sit-ins staged by Pakistan Tehreek-e-Insaf and Pakistan Awami Tehreek in 2014, warning that he will reveal their names when the time comes.

Speaking to newsmen inside the accountability court on Wednesday, the supreme leader of ruling Pakistan Muslim League Nawaz expressed that Imran Khan and Tahirul Qadri were amongst many characters who played their part in the protests.

To a query regarding PTI’s rejection of forming a national commission in light of the recent treason allegations against him, the former premier said that PTI neither had character nor any ideology.

He lamented that PTI was the party which stages protests, disrespects others, uses foul language and follows the instructions of the umpire.

“The Imran Khan-led party does not have faith in our slogan of ‘respect the vote’,” Nawaz asserted.