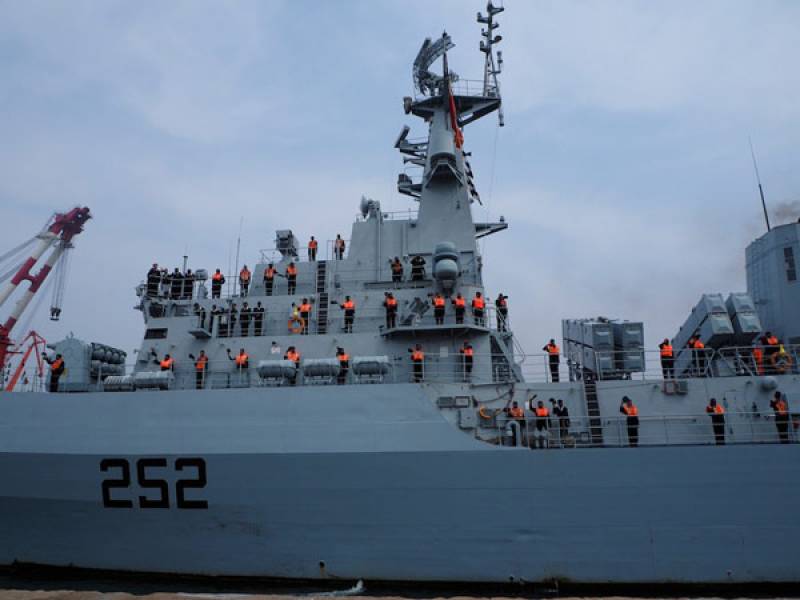 GWADAR - Two frigates of Chinese Nave arrived in Pakistan which will be part of joint exercises between two friendly countries, Pakistan Navy said on Wednesday.

According to Pakistan Navy, the war frigates which arrived Pakistan from China will take part in joint drills between Pakistan and China.

The spokesman further added that the joint exercises will also help security capabilities in the providence of arrival and departure of cargo ships at Gwadar deep sea port.-Online