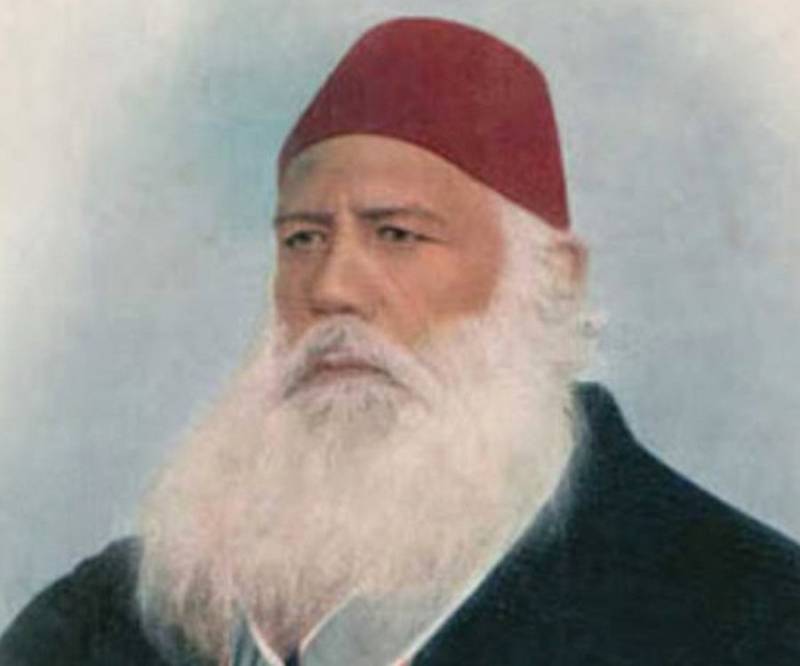 Sir Syed is hailed as the father of the Two Nation Theory and one of the founding fathers of Pakistan, along with Allama Iqbal and Quaid-e-Azam Muhammad Ali Jinnah.

He was the founder of Aligarh Movement which was the base of Pakistan Movement. His famous books included Khutbat-e-Ahmediya, Asbab-e-Baghawat-e-Hind, The Aligarh Institute Gazette and Tehzib-ul-Akhlaq. He was conferred the title of Javad-ud Daulah and Arif Jang.