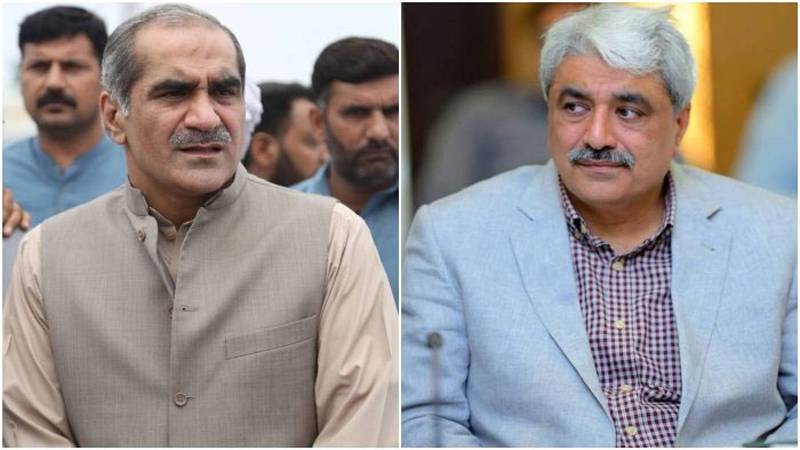 Accountability Court Judge Syed Jawadul Hassan announced the verdict, which had been reserved on Oct 14.

The Khawaja brothers had challenged the jurisdiction of the National Accountability Bureau (NAB) to make a reference against them through their acquittal applications.

Earlier on Oct 14, the defence counsel, in his arguments on the acquittal applications, submitted that the Bureau did not have the authority to investigate and file a reference in the matter as the Paragon City was a company and NAB could not interfere in companies matter.

He submitted that NAB filed the reference against his clients without considering the Securities and Exchange Commission of Pakistan's (SECP) regulations and Companies Act.

He also submitted the SECP regulations and Companies Act explained the method of trial and conviction and the sessions court was empowered to hear the matter.

However, the NAB prosecutor submitted that after the indictment, the jurisdiction could not be challenged as per the Supreme Court judgements. He further submitted that the Bureau had the authority to investigate the matter.

It is pertinent to mention here that besides the Khawaja brothers, Nadeem Zia, Umar Zia, and Farhan Ali were also nominated in the reference.

The reference stated that the Khawaja brothers through their "benamidars" and with the abutment of former MPA Qaiser Amin Butt and Nadeem Zia established a housing project in the name of Air Avenue. The project was later converted into a new housing project namely Paragon City Pvt Ltd, which NAB said was an illegal society and not approved by the Lahore Development Authority.

The former railways minister and his brother received monetary benefits of Rs 58 million and Rs 39 million, respectively, from the society through proxy firms under the grab of consultancy services, it added.

The Khawaja brothers were arrested on Dec 11, 2018 by the Bureau. A Lahore High Court bench dismissed post-arrest bail petitions of the Khawaja brothers on June 18. However, they had not approached the apex court in the matter yet.