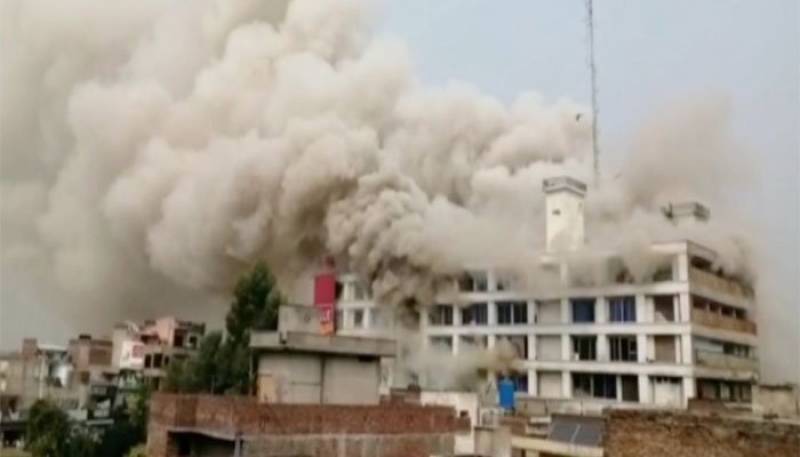 GUJRAT - At least two people were killed and five others injured on Wednesday after a fire erupted at a multi-storey shopping plaza of the city.

The incident occurred on Bhambar Road, following which rescue teams reached the site to put out the blaze and rescue the stranded people.

Around 13 fire brigade vehicles and dozens of officers took part in extinguishing the fire. After a prolonged struggle, the situation was brought under control and 50 people were rescued.

The two deceased have been identified as a minor girl and a woman. The five injured persons have been shifted to Aziz Bhatti Hospital for treatment.