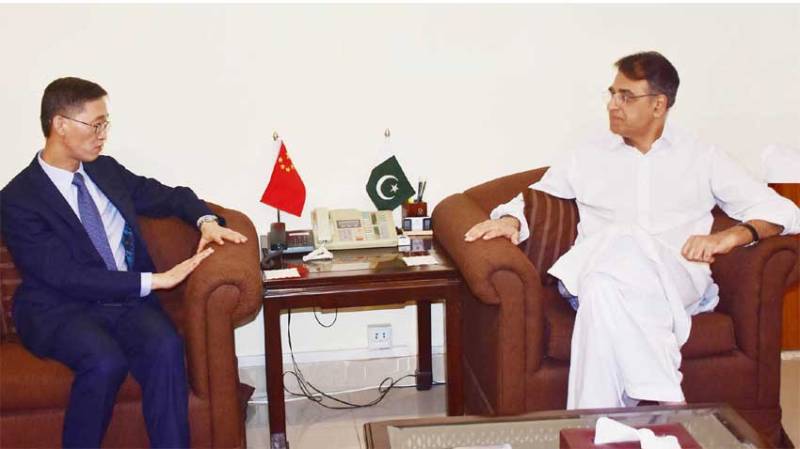 ISLAMABAD - Finance Minister Asad Umar said that China is a reliable friend and its support is essential for the social and economic development of Pakistan, the Radio Pakistan reported on Wednesday.

In a meeting with Chinese ambassador Yao Jing in Islamabad, the finance minister said that the Chinese businessmen and investors would benefit from the current environment by making an investment in various sectors, particularly agriculture, housing, health, education and energy.

The meeting discussed the ongoing projects being executed under the umbrella of China Pakistan Economic Corridor.

Yao Jing reiterated his country's commitment to timely completion of these projects.

Appreciating the vision of Prime Minister Imran Khan, the ambassador said that the Chinese businessmen's confidence has enhanced due to the economic policies of Pakistan.

He said the forthcoming visit of Prime Minister Imran Khan to China also came under discussion.