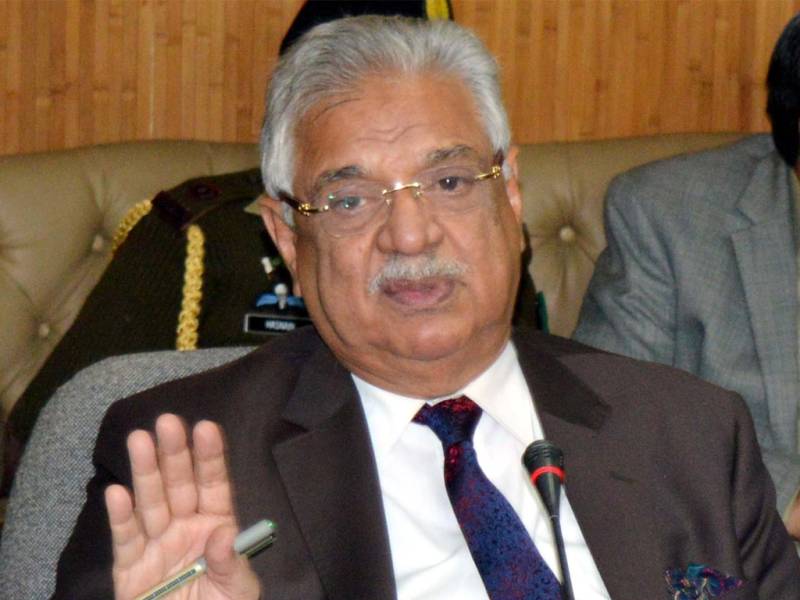 PESHAWAR - The governor of Khyber-Pakhtunkhwa (K-P), Iqbal Zafar Jhagra has tendered resignation from the post on Friday.

Jhagra has forwarded his resignation to president Mamnon Hussain and after administering oath to Chief Minister Mehmood Khan, he announced relinquishing the post.

LAHORE - The Punjab Governor, Rafiq Ahmed Rajwana tendered his resignation on Wednesday. The outgoing governor had ...

Pakistan Muslim League-Nawaz’s (PML-N) Jhagra was appointed the 28th governor of the of the province after Sardar Mehtab Ahmad resigned from the post in February 2016.

Jhagra also served as PML-N’s secretary-general. After losing in the 2013 general elections, he was accommodated on a general seat in the Senate.