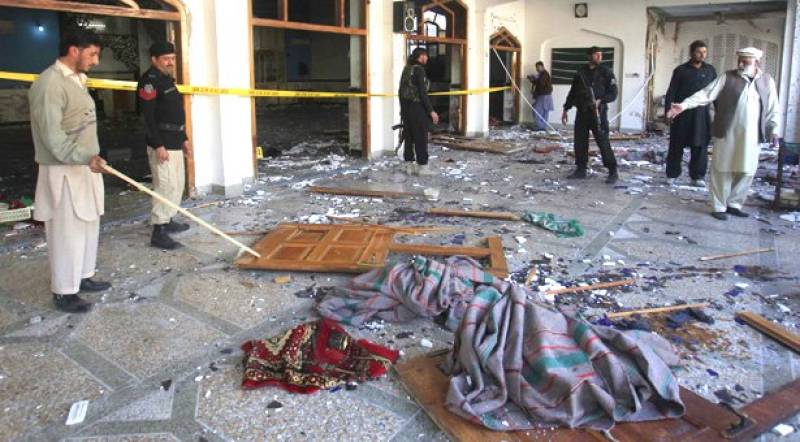 PESHAWAR (Web Desk): In a key development, the Khyber Pakhtunkhwa Anti-terrorism Department and intelligence agencies on Tuesday arrested key suspects, said to be involved in the Imamia Mosque suicide blast in Peshawar that claimed about 20 lives.

According to sources, the suspects were arrested from different areas of Peshawar and Khyber Agency, but their identities were not disclosed to the media.

Sources in the provincial anti-terrorism department said further arrests of key suspects would soon be carried out.

At least 20 people were killed when four suicide bombers attacked the mosque in Hayatabad Town during Friday prayers last week.

The banned Tehreek-e-Taliban Pakistan (TTP), headed by Mullah Fazlullah, had claimed the responsibility for the attack.

A TTP spokesperson said the attack was carried out to avenge the recent hanging of militant commander Dr Usman, who had led October 10, 2009's assault on the Pakistan Army’s headquarters in Rawalpindi.