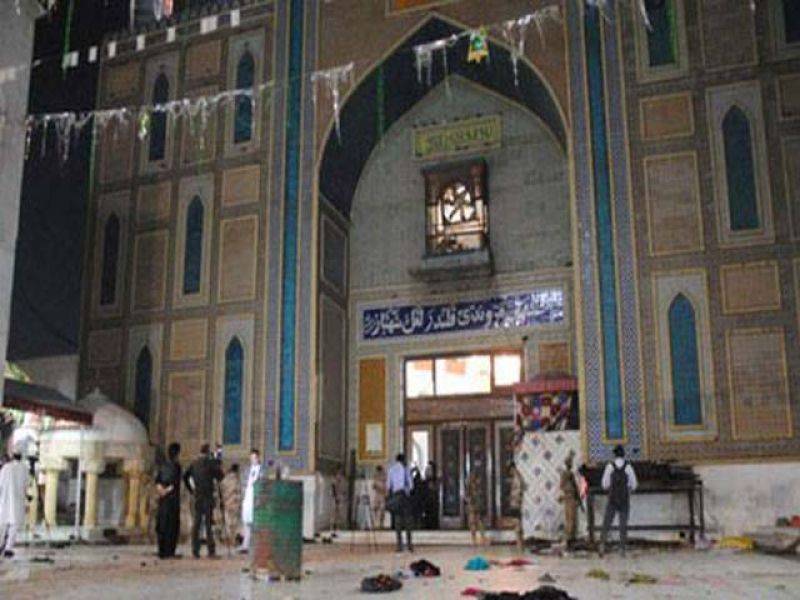 JAMSHORO - Massacre at shrine of Lal Shahbaz Qalandar turned the citizens of Sehwan violent as people engulfed the office of SP and set a police van on fire while protesting the suicide attack.

The protestors also hurled thrones at police officials, who made aerial firing and tear gas shelling to disperse the protestors in response.

A rally of enraged people gathered around the police station and chanted slogans against the government and demanded stern action against the responsible.

Yesterday, a suicide blast ripped through the Lal Shahbaz Qalandar shrine killing at least 80 people and injuring numbers of people.