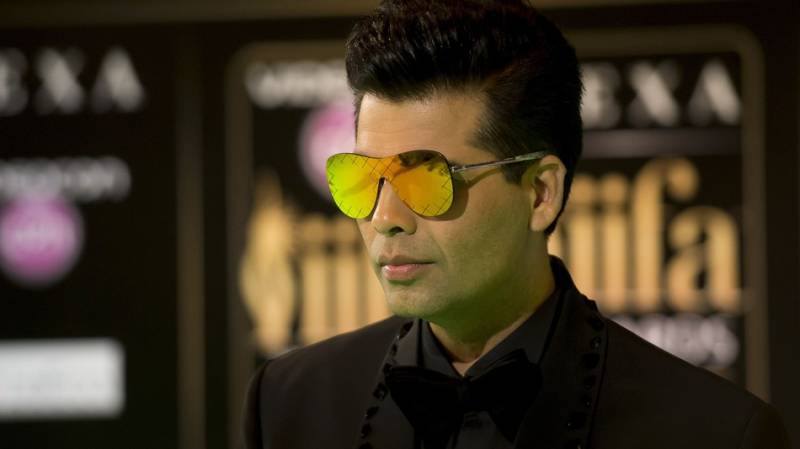 Karan Johar's book 'An Unsuitable Boy' was launched by his best friend Shahrukh Khan, and he has created quite a stir with all his shocking revelations.

Five of the most shocking revelations made were published by an Indian website. Have a look:

"Everybody knows my sexual orientation, I don't need to scream it out loud. I won't, only because I live in a country where I could possibly be jailed for saying this," he quoted.

He sadly added that he had become the poster boy of homosexuality in India, and wakes up to at least 200 posts everyday, with hate speech in them.

His 'SPAT' with Kareena Kapoor Khan:

Karan revealed that he had offered Kal Ho Na Ho to Bebo, but she had demanded to be paid the same as her co-star Shahrukh Khan, which then led him to hire Priety Zinta on board.

"I said, 'Sorry'. I was very hurt. I told my father, 'Leave that negotiation room' and I called her. She didn't take my call, and I said, 'We're not taking her.'"

He further added that he and Kareena had ignored each other at parties for over a year, and it was 'idiotic'.

Johar stated in his biography that he felt nothing for Kajol anymore, and that his more than a decade long friendship with Kajol had ended because of her attitude towards a situation that had occured in their lives. He further said that she had "killed every bit of emotion he had had for her."

Karan revealed that he lost his virginity at 26, when he was in New York post Kuch Kuch Hota Hai. The experience was 'nerve-wracking' for him, he writes. He also claimed that he had paid for sex the first time he had it.

His equation with SRK:

Karan mentioned in his book that SRK and him had been grilled alot for being 'gay buddies'. He wrote in his book that he wanted to ask people what they would feel if someone asked them whether they were sleeping with their brothers. He stated that Shahrukh Khan had always been there for him, and was more like a father figure, an older brother, for him.