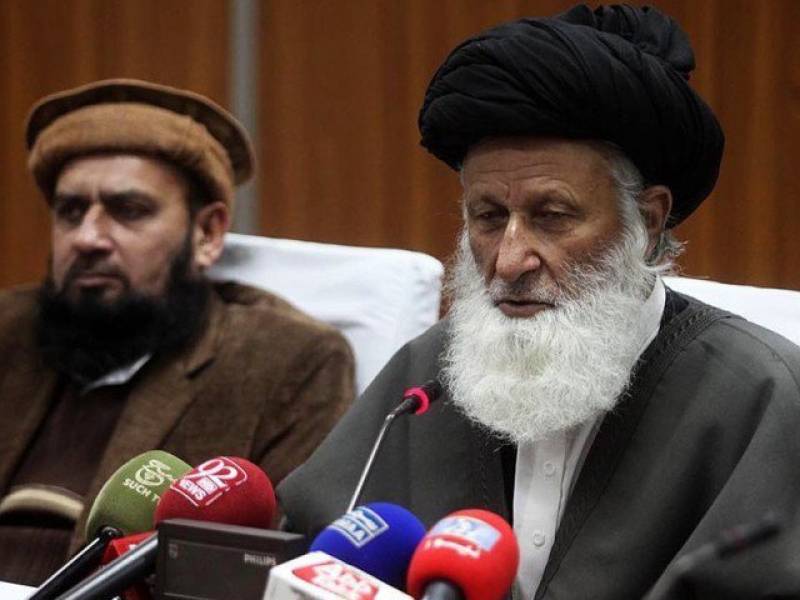 ISLAMABAD (Staff Report) - A petition has been filed in the Islamabad High Court (IHC), challenging Maulana Mohammad Khan Sheerani's appointment as chairman of the Council of Islamic Ideology (CII).

The plea was moved by Moeen Hayat Cheema, a former law professor at the Lahore University of Management Sciences (LUMS), through his legal counsel Mirza Shahzad Akbar.

After initial hearing on Thursday, Justice Aamer Farooq adjourned the proceedings, issuing a notice to the state. He ordered that the reply must be filed within ten days, after which the fate of the petition would be decided.

In the petition, it has been argued that Maulana Sheerani's credentials do not match the educational and constitutional requirements of the CII chairman's position.

It argued that a person must have vast knowledge of the principles and philosophy of Islam and a thorough understanding of social, economic, political and legal problems faced by Pakistan to become a member of the CII.

However, contrary to this, Sheerani doesn't have any such legal education as he never received education at any university, and does not have any training or publications on Islamic jurisprudence in his name.

Sheerani only received education at madrassas such as Mataul Uloom Quetta and Meerajul Uloom Bannu, which means that his appointment was illegal and against the constitution.

The petition further notes that the CII is a government-run body and Maulana Sheerani is the CII chairman as well as an elected member of the National Assembly from NA-264. However, the law forbids any public office holder to contest elections.

It also mentions an order of the Supreme Court precedent, which says that president's authority to make constitutional appointments is not unfettered and must be exercised judiciously, while Sheerani's appointment is a part of a political settlement between the PML-N and JUI-F.

The petitioner prayed to the court that appointment of Maulana Sheerani should be declared invalid from the very day he took over the CII chairman post.