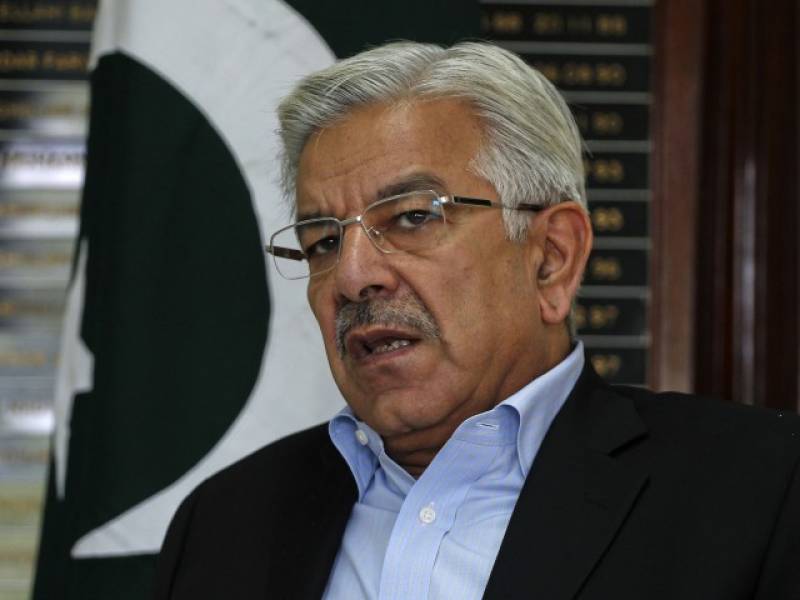 SIALKOT (APP) - Federal Defence Minister Khawaja Muhammad Asif said on Sunday that India was supporting terrorism in Pakistan from Karachi to Peshawar. But the minister maintained that Pakistan wanted durable peace with its neighbours, including India.

He said the PML-N government was committed to weed out terrorism from the country as 'Zarb-e-Azb' operation by the armed forces was achieving its goals and meeting with a great success.

He said the whole nation stood united against terrorism and was ready to sacrifice even their lives while battling against terrorism shoulder-to-shoulder with the armed forces of Pakistan for defending the motherland.

He said the government was spending Rs 1.20 billion on the projects for providing better education and communication facilities to locals.

He said the government would also spend Rs 56 billion on an early establishment of Sialkot-Lahore Expressway.

The minister said the PML-N government was committed to resolve all inherited crises on a top priority under the dynamic leadership of Prime Minister Muhammad Nawaz Sharif, saying that only the PML-N had a capability to steer the country out from energy crisis.

Asif said a new golden era of national development and prosperity had begun in the country under the leadership of Prime Minister, Muhammad Nawaz Sharif and the world would soon see a developed Pakistan as the government was utilizing all resources to develop the country.