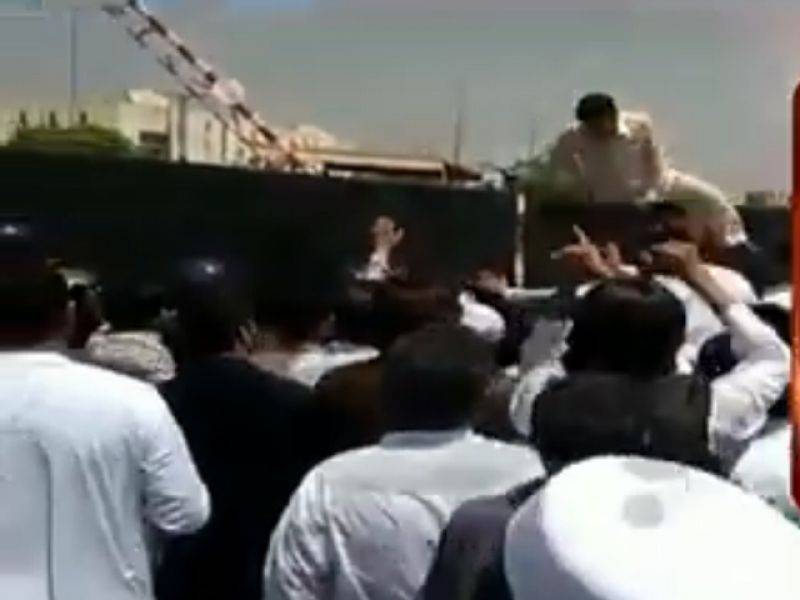 PESHAWAR - Showing annoyance over unannounced loadshedding and over billing, workers of Pakistan Tehreek-e-Insaf stormed the Wapda House in Peshawar to record the protest on Wednesday.

PTI lawmaker Ayesha Gulalai Wazir, who led the anti-government protest, said that the government is receiving taxes from natives but unable to provide basic facilities to them.

Amid slogans chanted by the PTI workers against the government, she further alleged that PESCO was running its affairs on the directions of Pakistan Muslim League - Nawaz (PML-N) leader Amir Muqam and Jamiat Ulema-e-Islam chief Maulana Fazl-ur-Rehman.

Gulalai added that the strike shall continue till unannounced loadshedding ends.

In order to prevent the PTI workers from entering into the WAPDA house, the officials closed the gate but the angry mob jumped over the gate and opened it.

A PESCO spokesperson said that loadshedding is carried out in those ares where rate of line losses is higher due to power theft, adding that 80 percent loss has been recorded in the area of PTI MNA Gulalai.

On May 12, Gulalai told reporters at the Peshawar Press Club that the people of the province were subjected to power suspension for 18-20 hours daily but the federal government was indifferent to their misery.

She said her party would stage a sit-in outside the Wapda House on May 17 if the prolonged and unscheduled loadshedding didn’t end until then.

Accompanied by party activists and youth leaders, the PTI lawmaker urged the people to attend the protest in large numbers to record their annoyance at frequent power cuts.

She said the people of Khyber Pakhtunkhwa were experiencing 18-20 hours long load shedding and asked the government to stop the injustice as most of the people belonged to poor families and had no other alternative resources to protect themselves from the hot weather.