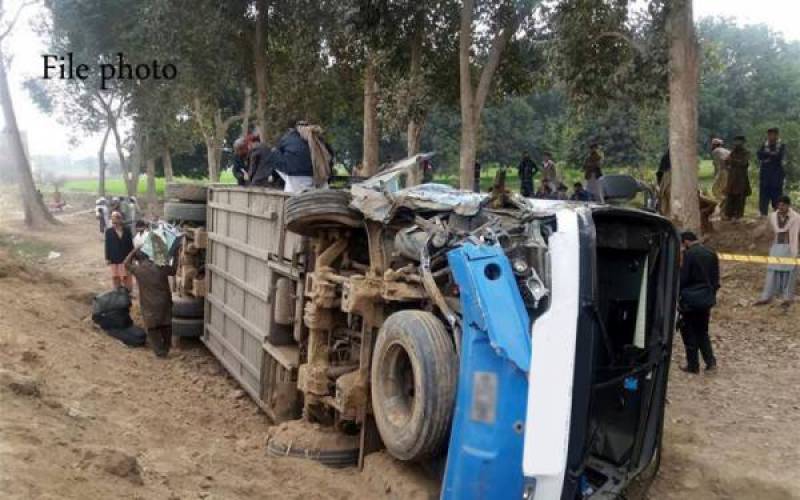 SHIEKHUPURA - A school bus ran off the road and overturned with a Lahore-based private school students on board near Kala Shah Kaku on Saturday, local media reported.

At least 25 students were also injured during the incident. The injured were shifted to the hospitals in Shahdara and DHQ Sheikupura.

The bus was going to Khewra salt range on a picnic trip when it met the accident. The reason for the road mishap is yet to be ascertained.

Last year in November, at least 31 schoolchildren and three teachers sustained injuries when a dumper truck hit a coaster hired by a school for a picnic party on Northern Bypass.

The driver of the dumper truck, Amir Baz, had been arrested and the vehicle impounded, the Gulshan-i-Maymar police station acting SHO, Akbar Ali, said.

The SHO said the management of a private school in Surjani Town had hired three coasters for a picnic party. They were on their way to a water park in Gadap.

When they reached at Abbas Cut on the Northern Bypass, a dumper truck hit one of the coasters in which around 40 students and teachers were travelling.

It was a head-on collision between the truck and the bus, said the officer.